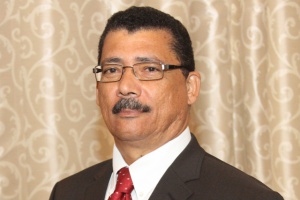 (Seychelles News Agency) - PetroSeychelles CEO, Eddy Belle has revealed that the state-owned hydrocarbon exploration regulator is currently active in its negotiations with an as-yet-unnamed company for two more oil exploration contracts 200 kilometres south of the main island of Mahe.

In the case of the two new areas for which it had received applications, PetroSeychelles gave other interested companies until November 2014 to submit proposals, after which one company is selected to negotiate an agreement with the government for rights to explore the area.

“We started the first rounds of negotiations two weeks ago and we now have to submit a counter-proposal to them and that’s what we’re working on. Hopefully, if everything works out well, probably we will have another two agreements signed shortly,” Belle told SNA in a telephone interview on Thursday.

“The negotiations are promising but when you’re negotiating with oil companies you never know,” he added. “It’s difficult now because the price of oil is so low and companies are having a cashflow problem, so they will try very hard to get the best deal, but it may not be the best deal for us.”

After conducting several assessments in the 1990s, Seychelles decided to freeze all exploration efforts in order to review domestic legislation pertaining to the energy sector.

In June 2013 the Indian Ocean archipelago of 115 islands invited oil and gas exploration companies to bid for exploration blocks after the lapsing of a two-year moratorium.

It was announced in September last year that Avana Limited, a wholly-owned subsidiary of Canadian energy company Vanoil, had defaulted in its payment towards expenses in respect to its shared interest in Seychelles’ areas A and B, covering 14,319 square kilometres in the northern part of the Seychelles plateau, with its FTSE-listed partner, Afren.

Belle told SNA that the tumbling price of oil had caused Avana to encounter cashflow problems, adding that he was “unsure” of how the situation would unfold.

When asked for his assessment of oil prices in the near future, Belle said that all signs seemed to indicate that the oil price would stabilise for the next two years.

“But I have heard [these forecasts] before, and they’ve been wrong before. So the price may go up sooner than expected – in this oil business you never know,” he said.

“If anyone could predict the price of oil, that person would have been a trillionaire – richer than Bill Gates,” he laughed, adding that oftentimes, the price of oil was not dictated by supply and demand alone but also political reasons.