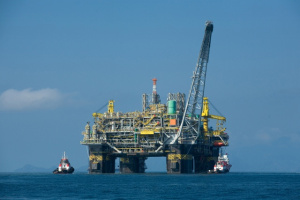 (Seychelles News Agency) - Oil exploration in Seychelles' territorial waters is set to restart now that the island nation signed an agreement with a Canadian oil company on Friday, said a top official.

The signing of a petroleum exploration agreement with Adamantine Energy Ltd, which has its regional headquarters in Nairobi, Kenya – was a move approved by the Cabinet of Ministers in May this year.

“Very strict environmental rules have been included in the agreement to ensure that the Seychelles is protected,” said the Minister for the Blue Economy, Jean-Francois Ferrari, at the signing of the agreement at his ministry’s headquarters.

“Our partners want those roles, because they believe that if they do the job properly with respect to the environment, then their reputation will be enhanced,” he added.

Joseph, head of the state-owned hydrocarbon exploration regulator, told the press that "if at any point, they believe the company is carrying out work that is detrimental to the environment, both the government and the company may put a halt to the undertakings."

The 34-year agreement between the two parties is ten years in the making and Bridgman said that his company is convinced “that there is great energy potential in Seychelles”.

During the exploration period, the company will be paying fees to the government and should petrol be found in the Seychelles’ waters, 10 percent in royalties on the first barrels of oil and five percent on gas, should be given to the government, according to the agreement.

Seychelles has four main sedimentary basin areas all of which have the potential for oil and gas. These areas are found over 60 km away on the east and west side of Mahe, the main island of Seychelles – an archipelago in the western Indian Ocean.