Adamantine Energy seeks to start oil exploration in Seychelles, agreement expected in May 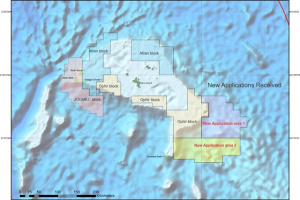 Oil exploration in Seychelles' territorial waters is set to restart after the island nation signs an agreement with a British oil company before the end of the month, said a top official.

Patrick Joseph, the chief executive of PetroSeychelles, the state-owned hydrocarbon exploration regulator, told SNA that "the signing will depend on the availability of both parties."

The signing of a petroleum exploration agreement with Adamantine Energy Ltd, which has its regional headquarters in Nairobi, Kenya, was approved by the Cabinet of Ministers last week.

When approving the signing, President Ramkalawan said that while Seychelles' principal focus remains on the conservation and protection of its pristine and unique environment, "this should not preclude us, within the framework of the Blue Economy, to engage in research and exploitation of resources that may lie below our ocean floor."

Ramkalawan said, "We firmly believe that we can do both: conserve and develop at the same time. We have a duty to explore all projects that could bring wealth to our people, as long as this is done with the utmost respect for our environment."

He requested further work should be done to ensure that environmental protection measures are firmly embedded in the agreement prior to the signing.

Joseph said that the new company "will take over the study areas that had been assigned to the Orphir company," but did not provide further details.

Orphir Energy, which partnered with Australian oil and gas exploration company WHL Energy, was given approval by the Seychelles' government for oil exploration activities in its waters in April 2014.

The oil exploration operator concluded a month-long seismic survey of an exploration block known as Junon, 115 km southeast of the main island of Mahe, in July 2014.

Seychelles has four main sedimentary basin areas all of which have the potential for oil and gas. These areas are found over 60 km away on the east and west side of Mahe, the main island of Seychelles – an archipelago in the western Indian Ocean.