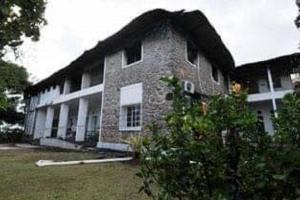 (Seychelles News Agency) - Plans are underway in Seychelles for the construction of a new Drug Rehabilitation Centre on the site of a previous centre which burned down 10 years ago.

The construction of a new rehabilitation centre for addicts will be possible through a budget allocation of $1.7 million financed by the government of the United Arabs Emirates.

Following a working visit to the United Arab Emirates (UAE) in February, the head of state, Wavel Ramkalawan, said the UAE government has confirmed the provision of specialist infrastructure support to Seychelles through a team of technicians to review the upcoming project.

Though the news has been welcomed especially by people working in drug prevention and rehabilitation, an expert told SNA last week that the construction of the centre has been delayed far too long, allowing the drug situation on the island nation to deteriorate.

"For 10 years there was no rehabilitation and this is very disappointing as it shows that the government has not focused on the issue of drugs in its totality. They have focused and put a lot of money on replacement therapy which is one component of therapy and not on the other part of the therapy which has psychological benefits," said Robert Moumou.

Moumou added that with replacement therapy, a person addicted to drugs can decide to remain on such all their life. Besides Moumou explained that the replacement will only stop people from stealing to feed their addiction but do not allow them to be rehabilitated and reintegrated into society.

Moumou, a past director of the Mont Royale Centre, said that he feels for too long the government did not take the drug situation seriously.

"Our situation has changed, both on the number of people on substance and the type of substance being used. We have moved from heroin and now we are talking about cocaine, ecstasy and other mixes which makes the situation more complex," added the expert.

Moumou said he hopes that spirituality becomes a strong component of the programme that the centre will run once operational. According to him, research has shown that rehabilitation programme with a spiritual component has a 50 percent success rate compared to a 20 percent rate for the programme without this component.

Another consideration that he hopes that the developers take into consideration with the new facility is the segregation of men and women "as these people tend to be vulnerable and seek for relationships thus losing focus on their rehabilitation."

Keeping younger people separate from the older generation is also another recommendation for the new facility in Seychelles – 115 islands in the western Indian Ocean.

In a previous interview with SNA, a parent, Monerah Majah, had expressed her wish that the centre can cater to underage drug users as well.

"I do hope that this facility can cater for younger addicts below 18, because there are a few of them on drugs and while normal school is not their place, and they cannot take Methadone, I hope they can get help to detox, rehabilitated and reintegrate in the society," said Majah.

The Mont Royale Treatment Centre located in the Mont Fleuri district in the outskirts of Victoria the capital city was officially opened in 1998 for the treatment of all individuals who had alcohol and drug problems.

In 2011 a fire gutted the buildings in what some thought was arson, though evidence of which police said they did not find. One patient died in the fire.

Moumou said that the battle with drugs will only be won if there is support at all levels, and at the highest level, something which he said in the past was lacking.