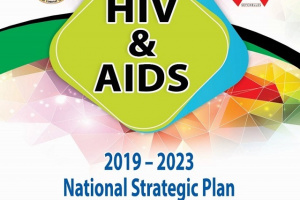 (Seychelles News Agency) - HIV/AIDS cases in Seychelles are becoming more common among the youth, said a top health official on Tuesday at a workshop to coincide with the World AIDS Day commemorated every year on December 1.

Anne Gabriel, the chief executive of the National AIDS Council, said that the organisation has noticed a rise in cases and also “because the Agency for the Prevention of Drug Abuse and Rehabilitation (APDAR) was amplifying its services and bringing more HIV test to the community during the lockdown.”

Gabriel said that after the restriction on movement imposed in Seychelles because of COVID-19 was removed “we saw more youths coming to do their test for different reasons. I do not think this is the only infected group. There are more since not all people are coming forward to check their status.”

HIV -- human immunodeficiency virus -- attacks the body’s natural defence system and as a result, the body cannot fight infection and disease. AIDS, which stands for acquired immune deficiency syndrome, is the final stage of infection with HIV. Not everyone with HIV develops AIDS.

Gabriel gave an overview of the current HIV/AIDS situation and trend in Seychelles, a group of 115 islands in the western Indian Ocean.

In 2017 most cases stemmed from drug abuse, while in 2018, the majority of cases seemed to be through sexual intercourse. In 2018, Seychelles had 23 cases of AIDS which were in the advanced stage and 19 HIV/AIDS-related deaths. There were 183 HIV cases last year.

Gabriel said that since fewer tests were done this year she believes that there are more people living with the virus without them knowing.

From January to September this year, the Ministry of Health recorded 64 new cases compared to 2019 when Seychelles recorded 77 new cases in the same period.

Seychelles is also putting more emphasis on the prevention of pregnant mothers passing on the infection to their child. This year there were 12 HIV positive mothers but only two children were born with the virus.

"We encourage all woman when planning to get pregnant to know their status. However, if a mother is HIV positive, the baby is always at risk if the mother is not taking her treatment accordingly," said Gabriel.

The Seychelles response to HIV/AIDS began 30 years ago. The first HIV infection was detected in 1987 while the first case of AIDS was reported in 1993.

The HIV epidemic remains one of the major public health and development challenges in Seychelles.

Consequently, in 2018, the authorities adopted a national strategic plan which included monitoring and an evaluation framework for 2019-2023 which is aimed at achieving the 90-90-90 treatment targets by 2020.


Tags: National AIDS Council, Agency for the Prevention of Drug Abuse and Rehabilitation