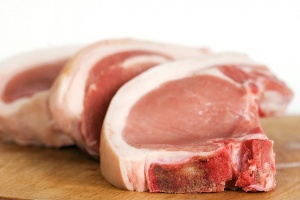 The chief executive said although the ban has been imposed for pork meat from Belgium only, the Agency was closely monitoring other European countries. (Stuart Webster, Flickr) Photo License: CC BY 2.0

Seychelles has temporarily suspended all pork imports from Belgium following an outbreak of the African swine fever in the European country.

The island nation’s National Biosecurity Agency says the ban, effective since July 2, is a precautionary measure until the situation is cleared.

The chief executive of the Agency, Marc Naiken, told reporters on Friday that all applications for the importation of meat from Belgium will be rejected under the new measure.

A lot of local businessmen import pork from the European country.

“We have been following the situation that is affecting some European countries closely. Although the virus is not affecting domestic pigs in Belgium, we are issuing the temporary ban as a precautionary measure while we continue to monitor the situation there,” said Naiken.

African swine fever is a severe viral disease that affects domestic and wild pigs and it can be spread by live or dead pigs, domestic or wild and pork products.

“The virus is highly resistant and can spread at an alarming rate. If it was to reach our shores, it would be difficult to control its propagation since our farms are close to each other and also we have limited resources to deal with such an outbreak,” he added.

The chief executive said although the ban has been imposed for pork meat from Belgium only, the Agency was closely monitoring other European countries.

“We import pork products such as blood from France and the country is close to Belgium. So if there are any concerns about the French products then we will react accordingly,” said Naiken.

The chief veterinary officer, Jimmy Melanie, reassured the public that the virus is not transmissible to humans and chances of the virus reaching Seychelles was minimal.

He explained that the virus is spread through contacts by live or dead pigs and pork products.

Transmission can also occur via contaminated feed and non-living objects such as vehicles, travelling from one infected area to another, and shoes and equipment which have been in contact with an infected area.

“The virus originates in wild pigs and are now affecting domestic pigs as well. It causes a haemorrhagic fever with high mortality rates and can cause the death of animals as quickly as a week after infection,” said Melanie.

He added that in Belgium the infection is presently restricted to wild boars and the animals are being culled and disposed of to ensure the virus do not reach the domestic pig farms.

In Seychelles, a group of 115 islands in the western Indian Ocean, all import permits for meat have to go through the National Biosecurity Agency. A permit is issued only when the Agency satisfied that meat products from a specific country are safe for consumption.

“Inspections of products are done prior to importation and upon arrival of the products to ensure they meet the criteria specified in the import permit. We also monitor the country of origin,” said Naiken.

There is presently no approved vaccine for African swine fever and countries like Belgium and China are culling the animals as a form of control.

The National Biosecurity Agency says the ban will be in place until such time that it is satisfied the African swine fever is under control in Belgium.

Meanwhile, local authorities are encouraging local farms to increase pig production to counter any negative impact the ban can have on local consumption.

Seychelles produces around 20 percent of pork meat for its local consumption.