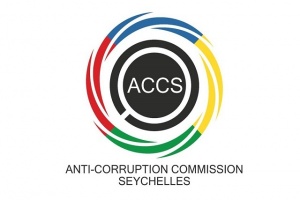 (Seychelles News Agency) - Four corruption-related cases brought before the Attorney General's office have been withdrawn and will be re-examined, said a top official of the Anti-Corruption Commission of Seychelles (ACCS).

The chief executive of the Commission, May De Silva, said that the Attorney General's office has advised the Commission to put the cases in the same format as police cases.

In line with that, De Silva said, “We have sought the help of the Commonwealth and the Independent Commission against Corruption of Mauritius and they have sent chief investigators to help us review our procedures and system on how we are working with our cases.”

She added that in the meantime the Commission is still taking complaints but “I don’t want to rush with the cases. I want to ensure that everything is right so that when it gets to the court, the cases are strong, and we don’t want to lose on technicalities.”

Seychelles, a group of 115 islands in the western Indian Ocean, is in the process of revising the Anti-Corruption Act of 2016 and De Silva said that “it is, therefore, better to wait for the complete revision of the Act.”

Corruption can happen in the public sectors especially where there is a monopoly, Malika Aït-Mohamed Parent, an independent anti-corruption expert, had said during a visit to Seychelles in March. She gave the example of the management of land, which the government in Seychelles has a monopoly on.

De Silva said that although corruption can be apparent in the public sector, it also has a lot to do with the private sectors.

To date, the Anti-Corruption Commission Seychelles has recorded 117 cases of corruption, and De Silva said that it is alarming for a small country.

She said that there are over 100 governmental departments in Seychelles and it is essential to establish a whistle-blowing mechanism in “each department to make sure that an alarm is raised whenever an official or public servant is suspiciously involved in an act of corruption or is found not to follow the policies and procedures of the working place.”

However, to establish a whistle-blowing mechanism a law needs to be passed to protect those blowing the whistle, the chief executive of Seychelles' Anti-Corruption Commission said.

Talking about the missing $50 million grant that has been the subject of much controversy in the island nation, De Silva said that investigation is well underway and it will take some time to gather information to identify if there is a case of corruption or not.

“The transaction happened in October 2002, about 15 years ago. Some institutions keep their information for seven years. We know that the money came from Abu Dhabi. Now what we want to know is how and if Seychelles benefited from that money,” said De Silva.

“If there is an act of corruption involved, then the Attorney-General's office will give further instruction on how to proceed,” said De Silva.

On the way forward, De Silva said that the commission will work on establishing an action plan and strategies involving appropriate training.

In last year’s Global Perceptions Index, Seychelles was ranked 36th out of 180 countries – the best performance for the island nation since the Index started in 1995.