Moving away from oil, Seychelles votes to generate electricity with natural gas 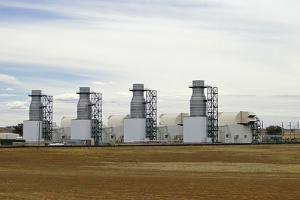 (Seychelles News Agency) - The construction of a liquefied natural gas (LNG) power plant to generate electricity in Seychelles was approved by the Cabinet of Ministers during its meeting on Wednesday.

The economic adviser to the President, Bertrand Belle, said that the main reason that the government has decided to go towards such a power plant is that liquefied natural gas is more viable than oil, considering the growing electricity consumption in the country. This was outlined during a cabinet press briefing held on Thursday at State House Annex, Victoria.

“It will be cheaper to use LNG to generate electricity than heavy fuel oil. The generators that we are using today, once we reach the end of 2020, their economical lifespan would come to an end. This doesn't mean that they will stop working but to keep them operational, it will cost the Public Utilities Corporation (PUC) more in terms of maintenance and the amount of fuel they use,” said Belle.

With the growing need for more electricity “the government has seen it as an ideal moment to switch to LNG instead" he added.

Belle told the press that according to a study carried out by the corporation, it is estimated that the project will cost over $200 million.

“Even if the cost is high, once it is installed and is producing electricity it will be cheaper in the long term,” said the economic advisor.

The President has asked that the money for the project not come out of the national budget. The government is calling on the private sector to look at the possibility of financing the project. Another option the government is looking at is to take loans.

The natural gas power plant is one of four projects approved by the Cabinet of Minister. The other three include the construction of a dam in the western district of Grand Anse Mahe, a tunnel between Cascade and Grand Anse Mahe, and the reclamation of five areas around Mahe and Praslin.

It is expected that these project will kick off in 2019 or 2020, depending on several factors, such as if a feasibility study has been carried out or not, and how easy it is to obtain funding.

“For the LNG project, we are engaging a branch of the World Bank called the International Finance Corporation (IFC). A power purchase agreement needs to be set up, where the private sector together with the government negotiates costs and specificity of the project. This is where IFC comes in,” said Belle.

On a final note, he said that although renewable energy sources will have its place in Seychelles - a 115-island archipelago in the western Indian Ocean – “we will need some base load to be generated by fossil fuels.”