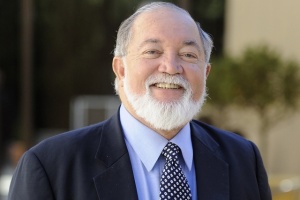 Pothin said, “Doctors had confirmed the death of the former president.”

One of the security guards at Mancham’s residence at Glacis, in the northeast of the main island Mahe, Philippe Figaro, said, “This morning his wife informed us that Mancham did not move and we took the necessary steps to take him to the hospital."

James Mancham was the first president of Seychelles, an archipelago in the western Indian Ocean, from 1976 to 1977 before being overthrown by France Albert René.