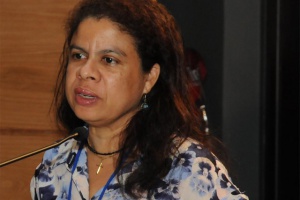 (Seychelles News Agency) - Since Seychelles recorded its first case of HIV in 1987 there’s been a steady increase in cases of infection to date, Ministry of Health statistics show.

Figures released by the ministry on Wednesday talks of 830 cumulative HIV cases, 305 cumulative AIDS cases and 154 cumulative deaths since 1987.

Like all affected countries, the island nation is faced with multiple modes of transmission as well as the struggle of raising awareness on the issue, aimed at curbing the rate of infection.

The HIV virus was first identified in 1981 and is believed to have originated from the Democratic Republic of Congo in Africa. Now a global pandemic, nearly 37 million people worldwide were living with HIV by the end of 2015, according to the World Health Organisation.

As Seychelles joins other countries worldwide to commemorate World Aids Day on December 1, SNA caught up with the chief executive of the National AIDS Council, Dr. Anne Gabriel.

SNA: Dr. Gabriel, It’s been almost 30 years since the first case of HIV was recorded in Seychelles. How you describe the HIV/AIDS situation in the country to date?

AG: Seychelles has seen a continuous rise in HIV infections since 1987 and to date we have had 830 [infected persons] -- 506 men and 324 women. Out of the 506 men, 44 new cases were detected in 2016, while among the 324 women, 18 new cases were detected this year. This makes a total of 62 new cases recorded in 2016. This represents a significant reduction in yearly infections compared to last year when we had 103 cases.

However, this does not necessarily mean that the infection rate has gone down. It could be that the people we targeted such as those in prison, at the wellness centre, the intravenous drug users or sex workers, were the ones being tested as part of our [detection] programmes and we don’t know if there are new cases in the community that are yet to come forward.

HIV/AIDS related deaths has also reduced considerably in 2016 with only five deaths to date compared to 12 in 2015.

There was however a shocking moment in 2014, when we recorded 91 new cases of HIV infections and a total of 19 deaths. These figures were high considering treatment was available.

What we found was that people were reporting late [to the clinic] when the disease was already at an advanced stage, while some were simply not interested in taking medications and were not being followed by medical practitioners.

It was rather embarrassing because Seychelles was among the first countries to offer free treatment for HIV/AIDS. So this was a new challenge for us.... That is when we also launched the Test and Treat Campaign to encourage people to come forward to get tested and know their status. Those found to be infected were immediately offered treatment.

Research shows that if treatment is administered as soon as a person tests positive, it is easier for the person to accept his or her status and remain on the treatment.

SNA: Initially in Seychelles it was said that HIV was being sexually transmitted. Is this still the main mode of transmission?

AG: Initially people were contracting the disease through sexual intercourse. Then we had mother-to-baby transmissions, and at one point the transmission rate was between 30 to 40 percent for that specific group and we had babies being born with HIV.

If we look closely at these men, they are not necessarily homosexuals. Some of them have their female partners, which again is risky. So we’re not talking about a specific group, but rather the sexual behaviour and practices they are involved in, which put them at risk.

And we also have the scenario of a person who is an intravenous drug user contracting the disease and passing it on to their partner through sexual intercourse.

SNA: What about sex workers in Seychelles who are perceived as a group responsible for spreading HIV?

AG: We did a study in 2015 through a regional Southern African Development Community sponsored project involving Mauritius and Angola, where we found that HIV prevalence among that group was 4.6 percent. We interviewed around 150 female sex workers in Seychelles and this was really an eye-opener, because we had expected to see a high infection rate among this group of people due to people’s perception of sex workers. But this was not the case.

However we recorded a high number of hepatitis C cases among them, which was more than 35 percent. This was a clear indication that sex workers in Seychelles are linked to drug use. Either the person is using drugs or she has a partner who is on drugs, and the sex work is helping to finance this lifestyle.

Another eye-opener was that there are a lot of men in Seychelles who are sex workers. But since we were not targeting them for that study, we didn’t interview any of them although some were willing to be questioned.

SNA: What age group is more at risk when it comes to HIV/AIDS infections in Seychelles?

AG: The trend has not changed much over the years. Between 0 and 20 years of age, infection is more common among girls. Either they contracted HIV as a baby through their mother or through sexual abuse. Girls have access to our services because they report to a health centre when they are sexually abused or fall pregnant, so it is easier for us to test them and know their status.

However, the same cannot be said for boys who are also victims of sexual abuse. So, we may have young boys out there who are HIV positive, but we won’t know because they are not coming forward. So we need to work on something to target boys.

In the 20 to 40 age group, the figure is always high as this is the productive group, those who are employed, and they are the ones who are traveling a lot as well. We also have those above 50, where the number of infections have increased over the years. I think we need to conduct an in-depth study to find out why.

Also when it comes to Seychelles, more men are infected than women. This is the case for all age groups, except for those below 20 where it’s mostly girls.

There are different factors why the prevalence of the disease is high among men. There are men who are having sex for the first time and refuse to use condoms because they don’t like it and continue to have unprotected sex. Some are intravenous drug users who use dirty syringes, and others are involved in risky sexual behaviours with numerous partners.

Another issue that we need to research is the link between HIV and migration. Globally it has been proven that a person who travels a lot as well as migrant workers are more at risk of contracting the disease. A study done in 2010, showed a 3 percent rate of infection among migrants.

SNA: What are the main challenges observed by stakeholders involved in the fight against HIV/AIDS in Seychelles?

AG: Globally there’s been a push for treatment and preventing mother-to-child transmission, and infection among drug users, but the prevention aspect of the programme was neglected.

Many countries saw that HIV infections reduced after targeting specific groups and providing them with treatment. However this is where it stopped, the reduction did not go further down and in some cases infections rose among certain groups.

In Seychelles, we have the ABCD of safer sex which is still relevant today. A -- Abstinence, B -- Be Faithful, C -- Use condoms and D -- Don’t use drugs or share syringes. What we have seen is that people tend to associate prevention with using condoms only and neglecting the other three. We need to re-emphasize on the other values, which are still very relevant.

However, there has been some positive outcomes. For example with regard to preventing infection during blood transfusion. In Seychelles, there are no infections related to blood transfusion. We have set a standard whereby all blood destined for transfusion goes through a thorough test.

Mother-to child prevention has also been a success. In recent years it has been either one transmission annually or even zero, which was the case for 2015. That is because mothers are being tested early and are given treatment as soon as they are tested positive. If babies are born with the disease they are also put on treatment.

One problem we need to tackle though is to ensure that babies born negative, remain negative. This is because we have had cases of babies who are born HIV-negative becoming infected before they reach the age of five. This is due to mothers who did not have the virus during pregnancy and birth, engaging in risky behaviours or fathers who have contracted the virus pass it on to the mother, who in turns pass it on to their babies through breastfeeding. So we need to focus on this issue.

SNA: How much is anti-retroviral treatment costing the country?

It may seem like a lot of money but we have to invest in treatment as it is another form of prevention. When a person is on anti-retroviral treatment, the virus in his/her blood is suppressed, which means that during that time infection rate is really low. That’s why we insist that [infected] people remain on the treatment.

SNA: Is HIV/AIDS still a taboo subject in Seychelles?

AG: In 2012 we did a study where we asked a number of standard questions such as: Will you live in the same house as a person who is HIV positive? Around 90 percent said yes. When we asked will you keep his/her status a secret? There again the majority said yes. Do you think it’s ok to allow a person with HIV to go on overseas training? There again yes. Will you allow this person to work as a teacher in your child’s school? Once again the answer was yes.

But when we asked will you buy your groceries from a shop where the shopkeeper is HIV positive? From 90 percent, yes went down to 50 percent. This shows that many people have this fear and would be reluctant to buy food from an infected person. So we need to do more work in that aspect, because there is still this stigma.

People will not insult you or deny you the right to work or go on overseas training but the way they behave changes when they find out a person is HIV positive. That’s why in Seychelles, to date, we have had only two persons who have revealed their status to the public.

SNA: There is the ambitious global target dubbed ‘Getting to Zero’– meaning to have zero stigmatization, zero discrimination and zero new infection by 2030. Where does Seychelles see itself in achieving this target?

AG: Getting to zero has been the theme of our campaign for the past five years. We did an evaluation at the end of the five years and we noticed that it has not been easy. This is because there hasn’t been this continued reduction in the number of infections. We were neglecting the prevention part.

We can reach zero death, which will be easier if every infected persons were to follow their treatment.

But how do we do away with stigmatization and discrimination, how do you change the attitude? This is very difficult.

Our theme this year is ‘Hands Up for Prevention.’ It’s true that a person can live with HIV if he/she receives treatment but we still need to look at prevention. If one is not infected the person must ensure that this remains the case and for those infected they have to ensure that they do not infect others.

If every single person takes their responsibility in these areas there will not be any new HIV infections in 2030, but again it’s a personal responsibility.