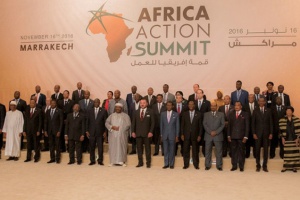 The Africa Action Summit was hosted by his Majesty the King of Morocco, Mohammed VI. (State House)

(Seychelles News Agency) - Seychelles has been nominated for the chairmanship of a newly formed Commission for the Islands at the Africa Action Summit in Morocco, a statement from the State House said Friday.

The Africa Action Summit, which was hosted by his Majesty the King of Morocco, Mohammed VI, focused on discussing and adopting initiatives and projects promoting sustainable development in African countries.

The discussion also included how to implement a more effective and systematic approach that addresses the impacts of climate change and encourages further sustainable development on the continent.

Speaking at the summit, President Danny Faure said Seychelles, a 115-island archipelago in the western Indian Ocean, is honoured to have been nominated for the Commission which is part of the common efforts in making the African continent resilient to climate change.

“We commend the Kingdom of Morocco for spearheading this important initiative that will further ensure that the voice of the islands of Africa is heard on key global issues,” said Faure.

The President added that “we contribute towards the building of a new world order that is inclusive, that meets the legitimate aspirations of African populations and safeguards the interests of future generations.”

Held on November 16 in Marrakech, Morocco, the summit was on the margins of the 22nd session of the Conference of Parties (COP22) of the United Nations Framework on Climate Change (UNFCC).

Two other commissions were set up during the summit to mobilise greater international solidarity in addressing the vulnerability of Africa to climate change.

African heads of state also renewed their commitment to implementing various initiatives aimed at building the resilience of Africa to climate change. These include the “Adaptation of African Agriculture” initiative, known as “triple A”, the “Great Green Wall for the Sahara and the Sahel” and the “Conservation of the Lake Chad Basin Ecosystem”.