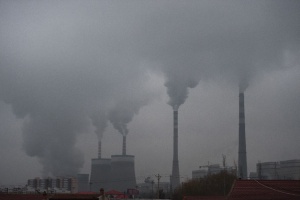 UN Secretary-General Ban Ki-moon voiced confidence that the accord, through which countries commit to take action to stem the planet's rising temperatures, would come into force by the end of the year.

"The momentum is remarkable," said the outgoing UN chief, who convened a meeting on the Paris accord during the annual UN gathering of leaders.

"When the Paris agreement enters into force this year, it will be a major step forward on our journey for a more secure, more equitable and more prosperous future," Ban said.

The countries that joined the accord on Wednesday included Latin American powerhouses Argentina, Brazil and Mexico as well as major fossil-fuel powers Brunei and the United Arab Emirates.

Also submitting its ratification was Morocco, the host of the next UN climate conference which opens in Marrakesh on November 7.

Foreign Minister Salaheddine Mezouar said that Morocco was "strongly committed" to putting the Paris accord in force in time for the meeting.

The Paris agreement needs ratification from 55 countries that account for at least 55 percent of the planet's greenhouse gas emissions responsible for climate change.

With Wednesday's event, in which leaders ceremonially ratified the accord, a total of 60 countries have joined the Paris accord but they account for less than 48 percent of global emissions.

The accord requires all countries to devise plans to achieve the goal of keeping the rise of temperatures within two degrees Celsius (3.6 Fahrenheit) above pre-industrial levels.

But Edgar Gutierrez, the environment and energy minister of Costa Rica, said that the level was not ambitious enough in light of evidence of worse-than-feared climate change, with last month the hottest August on record, extending the global record streak to 16 months.

Gutierrez called for countries to aim for 1.5 Celsius and warned that even a one-year delay in implementing the Paris accord could be too late for the planet.

"Climate change is already dangerous, it has already exceeded the capacity of many countries to adapt to it, we have already lost lives, we are losing species and we have lost lands and buildings," said Gutierrez, speaking on behalf of a troika of climate-vulnerable nations including Ethiopia and the Philippines.

Mattlan Zackhras, a senior official from the Marshall Islands, warned that despite pledges under the Paris accord the planet still looked on track for a rise of three degrees.

"This will wipe out my country and many island-states in the Pacific," he told reporters.

Ban's office said that 14 other countries accounting for 12.58 percent of emissions had signaled they would ratify the accord this year, meaning the agreement is virtually certain to come into force, barring a widespread change of heart.

The European Union will enter the agreement "in the next weeks," Miguel Arias Canete, the 28-member bloc's commissioner for climate action and energy, told reporters.

China and the United States, the two largest emitters, gave a major boost to the accord when they signed on during a summit earlier this month between presidents Xi Jinping and Barack Obama.

Amid political opposition from the rival Republican Party, Obama has had to rely on executive actions including regulating power plants to cut emissions in the United States.

The US Senate refused to join the earlier Kyoto Protocol, leading the Democratic Obama administration to insist that the Paris agreement not be a formal treaty that would require Senate ratification.

Secretary of State John Kerry said that the United States "shared our part of the blame" for the years of difficulty in securing global action on climate change.

"It's one of the reasons why President Obama and I have been so focused and so committed to try to make up that difference and help us to get where we are today," Kerry said at the United Nations.

Kerry pointed to the string of record-breaking high temperatures, as well as rising incidence of disease and water scarcities, as reasons to be ambitious in cutting emissions.

"If ever anybody doubted science, all they have to do is watch, feel, sense what is happening in the world today," he said.