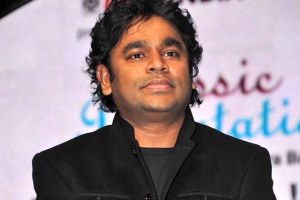 (Seychelles News Agency) - This weekend promises to once again transport the tiny Seychelles capital of Victoria directly across the Indian Ocean and into the heart of India, with singing, dancing, spicy masalas and vibrant colours.

Indeed, it seems that the third annual Seychelles India Day celebrations promises a more spectacular line-up of famous singers, actors, musicians and dancers than ever before. The event was first celebrated in 2013 as a collaboration between the Indian Association of Seychelles and the Seychelles Ministry of Tourism and Culture.

Many of the Indian Ocean archipelago’s 93,000 mixed population can trace their roots back to one or more ancestors with Indian heritage.

This year, the celebrations will last for four days instead of the usual three, and will be highlighted by the arrival of Oscar-winning musical composer and producer, A.R. Rahman, who received widespread acclamation in the West for producing the Slumdog Millionaire soundtrack.

The extravagant line-up is due in part to the good year Seychelles and India have enjoyed in terms of bilateral relations, including an official visit to the 115-island archipelago by Indian Prime Minister Narendra Modi in March and a state visit by Seychelles President James Michel to India in August.

“2015 is a very special year; our Prime Minister came, and President Michel visited India in August, and our exchanges have really gone on the fast-track,” the Indian High Commissioner to the Seychelles, Sanjay Panda, told the local media at a press briefing last week.

“One of the events which we are adopting along with the Seychelles India Day is the Festival of India, called IndiaFest2015,” he said. “This actually [features] several troupes sponsored by the government of India... we have a Bollywood troupe coming in, and we have a classical dance troupe coming in.

“Seychelles India Day is not only for the Indian community, it is actually for the entire Seychelles, and we expect every community, all expatriates, all Seychellois and everybody to come and enjoy and see the different facets of Indian culture.”

The Seychelles India Day celebrations kick off Friday morning with world-renowned sand sculptor Sudarsan Pattnaik, who is showing off his work at the former children’s playground in Victoria from 9:30 am onwards.

The Fun and Food Fair, which will feature stalls selling both Indian and Creole foods, will be inaugurated at midday in the parking lot outside the central stadium known as Stad Popiler, and just a stone’s throw away at the National Library at 1:30 pm, a Wall of Fame featuring prominent figures of Indian origin who have contributed to Seychellois society.

The official opening ceremony will thereafter commence from 7pm onwards at the International Conference Centre of Seychelles (ICCS).

Saturday (October 3) will see the opening of Mysore Palace outside Stad Popiler, a replica of a historical palace in the city of Mysore in Karnataka, southern India, which dates back to the late 1800s. Inside the stadium itself, visitors can enjoy a musical gala night, with free entry to all from 7pm onwards.

On Sunday (October 4), sand artist Sudarsan Pattnaik will be back this time at the popular tourist beach of Beau Vallon in the northern part of the main island of Mahe to inspire young Seychellois artists to take up the creative pursuit of sand sculpting.

A free musical Gala Night at Stad Popiler will take place on Sunday night at 6:30 pm for all wishing to attend and be wowed by the musical talents of A.R. Rahman, one of whose most famous tracks is ‘Jai Ho’ from the Oscar-winning film Slumdog Millionaire.

The extra day of the spectacle, which will be Monday October 5, has been added as a separate culturally-focused event called IndiaFest 2015, to be held in the presence of the Indian Minister of Culture, Dr Mahesh Sharma and A.R. Rahman, however, the gala night, which will take place at 7 pm at the ICCS, is by invitation only.

A wide array of artists

Speaking at the press briefing, Seychelles Minister of Tourism and Culture, Alain St. Ange, congratulated the Seychellois Indian community’s efforts towards making the annual event one worth celebrating.

“Our local Indian population have played a key part in creating the Seychelles we see and the Seychelles we have today,” said the minister. “Let us remain united, let us work together and let us continue to think of the concept of Seychelles as a melting pot of cultures.”