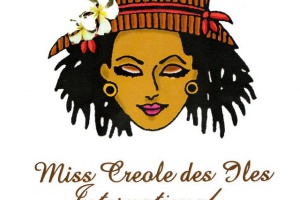 (Seychelles News Agency) - The month of October will soon set the stage for Festival Kreol [Creole Festival], which is the annual week-long celebration of the Seychelles Creole culture.

Viewed as one of the most important event on the Seychelles calendar of cultural activities, Festival Kreol offers residents and visitors alike an assortment of colours, sounds, flavours and fragrances of the Seychelles archipelago of 115 islands in the Indian Ocean.

As is customary the Seychelles population of around 90, 000 will be joined by fellow participants from other creole nations in the Indian Ocean and even further away to showcase the Creole heritage through their respective music and dancing, arts exhibitions, food fairs and conferences.

The 30th Festival Kreol in 2015 will go a little further with the planned comeback of one event that has not been so consistent in the past, which the organisers are hoping to keep this time around and even bring to new heights.

Dubbed the ‘Miss Creole Des Iles International’ the beauty pageant is aiming to become a platform to promote the Creole culture, dance, food and folklore as well as cultural-tourism in Creole-speaking countries.

The initiative conceived by a local modelling agency, Telly’s Modelling Agency aims to revive the former 'Miss Kreol' pageant, which made its debut in 1994, initiated at the time by the committee mandated to organize the Festival Kreol.

After a hiatus of one year the pageant was organised in 1996 by Emannuel D’Offay, after which there was a 13 year pause before another Miss Kreol Pageant was held in 2010.

On those 3 occasions, the pageant was purely local, meaning only Seychellois girls were able to contest, although there were plans to eventually bring the pageant to an international level.

The same objective is now being explored for the new ‘Miss Creole Des Iles International’ which is set for October 10. While contestants from the Seychelles islands will be targeted for the upcoming contest, the organisers already have their eyes set on attracting young women from other Creole-speaking countries, as of next year turning the beauty pageant into an international event.

“This year to celebrate the 30th anniversary of the [Creole] Festival we want to bring back the spirit of having Seychelles as the true Creole capital of the world. That is why we decided to bring back Miss Creole,” the Managing Director of Telly’s Modelling Agency, Terry Carolla, told SNA in an interview.

“I have decided to turn it into an international event because I want to have a long-term relationship with the organization of the Creole Festival.”

While the secretariat of ‘Miss Creole Des Iles International’ will remain in Seychelles the idea of rotating the venue for the pageant allowing each participating countries the chance to host the event, is also being considered.

Carolla explained to SNA that each country will be able to choose whether they want to organize their own local ‘Miss Creole’, after which the winners will be eligible to participate in the bigger pageant or have the first princess of their national pageant, [for example the first princess of Miss Seychelles], take part in Miss Creole Des Iles International.

“As with all beauty pageants the physical beauty will definitely be looked at when choosing a winner, but we are also looking for intelligence, someone who is outspoken, knowledgeable of her own culture as well as the links and similarities which exist between other creole-speaking countries,” said Carolla.

“Differing from national pageants, the winner of Miss Creole des Iles International will become an ambassador for the Creole speaking nations. She will be expected to help promote cultural exchanges between them working with the secretariat to implement [for example] an educational program in the respective countries bringing to the fore the Creole tradition, such as the dance, music and language. This will be the exchange [through which we] will understand each other better.”

Through the Seychelles Ministry of Tourism and Culture, work has already started to sell the idea and attract contestants from other countries to participate in next year’s pageant as well as to attract long-term partners to help fund the event.

“They [the partners] will benefit because the girls will not come on their own, they will bring their entourage with them and that is another tourism marketing aspect for Seychelles. We should see it in that context,” said Carolla.

This year 'Miss Creole Des Iles International' is targetting at least 10 participants and according to Carolla five young girls have shown an interest so far.

When the beauty contest goes international as of next year, the number of participants will depend on the number of Creole speaking countries willing to participate.

Contestants need to be aged between 18 to 30, single with no children and most importantly a native of a creole-speaking country.

Creole which is mainly derived from the French language is the native language of the Seychelles islands and resulted from the descendants of settlers from Europe, traders from Asia and former slaves from Africa, who later intermarried forming the melting pot of culture which exists today finding their own means to communicate and understand one another.

Colonised by the French and the British at different times, Seychelles eventually adopted French and English along with Creole as the three official languages.

The islanders are able to communicate with their southerly Mauritian neighbours in their slightly different Creole, and with others who speak distant dialects of the same language from as far as Haiti and several Caribbean island nations.

According to Carolla, participants from the neighbouring islands of Mauritius and Reunion in the Indian Ocean as well as from other distant speaking countries mainly in the Caribbean will be able to participate.

“The Creole people is a métissage [a diversity of races] and I would like people to move away from this way of thinking that [a] Creole has to be a black person. Creole is the mixture that we have. So I am calling on all the ‘métissage’ that we have in Seychelles who have the potential, to come forward and participate in Miss Creole Des Iles International.”

The first Miss Kreol Pageant in 1994 was won by Maria Payet, Simone Horner won in 1996 while Rashina Reginald won in 2010.