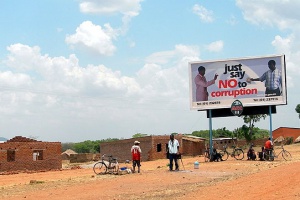 (Seychelles News Agency) - Seychelles has risen to 43rd place out of 175 countries in the global Corruption Perceptions Index (CPI) for 2014, making this the third year in a row where the country has made significant progress in tackling corruption.

The index, compiled annually by Transparency International, reflects perceptions of corruption in public sectors around the world, including administrative and political corruption. The indicator values are determined by using information from surveys and assessments of corruption from a variety of reputable data sources.

According to a press statement from the global anti-corruption watchdog released on Wednesday, more than two thirds of the 175 countries in the 2014 CPI scored below 50 this year, on a scale from 0 (perceived to be highly corrupt) to 100 (perceived to be very clean).

Seychelles is one of the least corrupt countries in the sub-Saharan African region, in third place after Botswana (31st) and Cabo Verde (42nd).

Denmark, New Zealand and Finland hold the top three places, scoring 92, 91 and 89 respectively. United Kingdom is at 14 on the list with a score of 78 and the United States is at 17, scoring 74. On the other end of the scale, North Korea and Somalia share last place, scoring just eight out of 100.

China, Turkey and Angola were among the biggest fallers with a drop of between 4 and 5 points, despite average economic growth of more than 4 percent over the last four years.

“Countries at the bottom need to adopt radical anti-corruption measures in favor of their people. Countries at the top of the index should make sure they don't export corrupt practices to underdeveloped countries,” Ugaz added.