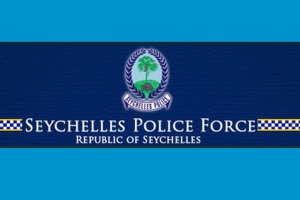 (Seychelles News Agency) - Summarised post-mortem results released by the Seychelles police on Thursday have shown that 49-year-old Seychellois Damienne Morel, who was killed early Tuesday morning “died from acute loss of blood as a result of stab wounds sustained during the attack.”

Damienne was brutally murdered in her home at La Retraite in the northern district of Anse Etoile on the main Seychelles island of Mahé.

The police reported that she was attacked and killed when two masked men forced their entry into her home.

According to the police statement issued today, Damienne’s 20-year-old daughter, who was also wounded in the tragic incident, “is now recuperating in hospital.”

The suspects are still at large and a manhunt has been launched by the Seychelles Police in an effort to bring the killers to justice.

The brutal murder was condemned by the Minister for Social Affairs, Community Development and Sports, Vincent Meriton.

According to a report in local newspaper the Seychelles Nation, the minister, who was speaking at the launch of the Orange Day campaign on Tuesday to mark the start of 16 Days of Activism Against Gender-Based Violence, said it was a cause for shame that women were still suffering violence and abuse in their own homes despite the country’s tremendous achievements in women’s empowerment in the workplace.

“I strongly condemn the brutal death of Ms Damienne Morel which happened on the day itself that we join the world to mark no violence against women,” said Minister Meriton, adding that the country was ashamed at the “heinous crime”.

The minister also pointed out that during the 16 Days of Activism Against Gender-Based Violence last year, 42-year-old mother of three, Rita Alphonse, was hacked to death with an axe in her Anse Boileau home and her body dumped out at sea. Alphonse's husband was subsequently charged with the murder after her body washed up in a nearby marsh several days later.

“What have they done to deserve such indignity? We should dedicate ourselves to eradicate violence in our society. Women do not deserve the lack of respect that is being displayed towards them,” he said.

Meriton called on men to treat the women in their lives with the respect and love that they deserved.

“Our women are the pillars of our families and society and they are at the forefront in various fields and they stand up for our men,” said Minister Meriton.

Support from the British High Commission

The launch of this year’s Orange Day campaign took place at the Peace Park at La Promenade, which was attended by orange-clad schoolchildren, women’s groups and representatives of religious organisations.

A series of gender awareness and empowerment activities are scheduled to take place during the 16 days of activism, sponsored by the British High Commission in Seychelles.

The British High Commissioner to Seychelles, Lindsay Skoll, also expressed her sadness and shock about the killing of Morel.

“She was killed in the very place that should have been her sanctuary. Our hearts and prayers go out to the entire family and community affected,” said the High Commissioner.

“Domestic violence is real, it happens every day, everywhere – including here in Seychelles – and it must be stopped,” she said, adding that alcohol, drugs or stress could never be a valid excuse for violence against women.

The World Health Organisation reported last week that a third of women worldwide are physically abused. In addition to this shocking figure, between 100 and 140 million women are victims of genital mutilation and around 70 million girls are married before the age of 18, often against their will.