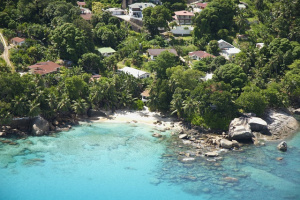 The amendment to the Immovable Property Tax Act 2019 was made by the National Assembly during its session on Tuesday. (Gerard Larose)

The exchange rates of the Central Bank of Seychelles (CBS) will be applied to calculate the market value in rupees of foreign-owned properties purchased in a foreign currency after an amendment to the Immovable Property Tax Act.

The act came into effect in January 2020 and applies to foreigners, individuals or companies, who own a residential immovable property in Seychelles, an archipelago in the western Indian Ocean.

While introducing the amendment, Vice President, Ahmed Afif, stated that "during the first year of the property being submitted for valuation, the exchange rate that has been published by CBS on the day the submission was made is used."

"Due to the fact that the valuation of a property is valid for a period of five years, its value in the foreign currency remains the same for the following four years. The exchange rate to be used for each of these years will be the exchange rate published by CBS on January 1 of the concerned year," said Afif.

He explained that this date is relevant as tax is imposed on January 1 each year.

"The only exception for this will be for the year 2021. The bill is proposing that for 2021, the value of the property in foreign exchange is converted using the exchange rate published by CBS for April 1, 2021. This is because, for the year 2020, the government prolonged the deadline for the payment of tax from December 31, 2020, to March 31, 2021," said Afif.

Previously, the rate to be used for each five-year cycle was based only on the exchange rate on the day that the evaluation of the property value was made.

A rate of 0.25 percent of the market value of the property has been set for tax payment, which is due for payment to the Seychelles Revenue Commission (SRC) on or before December 31 each year.

Under the law, two methods can be used to determine the value or market value of properties. These are the purchase price of the property, if the property has been purchased within the period of five years when the IPT Act came into force, or through a valuation that has been carried out by a qualified person.

During the National Assembly session, minor amendments were also made to ensure that the Act is consistent with relevant laws such as the Land Registration Act.