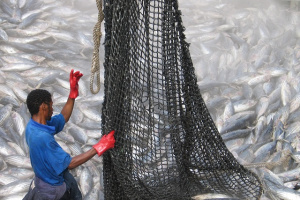 IOTC had previously reduced the overall quota for yellowfin tuna catch for Seychelles by 9,184 tonnes at the beginning of 2022. (Joe Laurence, Seychelles News Agency)

(Seychelles News Agency) - Seychelles' yellowfin tuna quota rises to 37,000 tonnes for 2022 as all members of the Indian Ocean Tuna Commission (IOTC) have approved the island nation's interpretation of a payback provision imposed initially.

The decision was made during the 26th session of the IOTC held in Seychelles from May 16-20.

IOTC had previously reduced the overall quota for yellowfin tuna catch for Seychelles by 9,184 tonnes at the beginning of 2022 as a payback provision for over-catch in 2020 by industrial longline fleets.

The payback penalty was based on confirmed data submitted by Seychelles to the IOTC Secretariat. It was also based on estimates made by the Secretariat for 2021 on the assumption that Seychelles' industrial longliner fleet had over-caught the same amount as they did in 2020.

The principal secretary for fisheries, Roy Clarisse, told reporters on Monday that now "the secretariat will have to publish another list to replace the one where it was stated that we will have to deduct from our quota."

During the session a proposal on climate change was also adopted which was brought forth by Maldives, co-sponsored by Seychelles, South Africa, Mauritius, Pakistan, Sri Lanka, Thailand, the EU and France's overseas territories.

IOTC members also adopted a resolution on a management procedure for bigeye tuna, known as the harvest strategy, put forward by Australia and co-sponsored by Maldives, Pakistan, Tanzania, South Africa, and the EU.

"In the best-case scenario, all species should be managed like this. When they are still in the green and aren't under pressure, we should all agree on how it should be fished and how much should be fished," said Clarisse.

He said that this is what needs to be done with the bigeye so that it does not move beyond the limit as has been the case with the yellowfin.

"It is much more difficult to do this with yellowfin tuna as it is already in the red," said Clarisse.

An officer with the Pew Charitable Trusts' international fisheries project, Glen Holmes, told SNA that "by adopting a harvest strategy for Indian Ocean bigeye tuna, IOTC has made history."

Despite the fact that yellowfin tuna remained on the top agenda of the commission, members failed to agree to end the overfishing of yellowfin or adopt a rebuilding plan capable of recovering the highly depleted yellowfin population.

The proposal was to reduce the quota by 30 percent so that this necessary catch reduction would bring about a reasonable likelihood of stock recovery by 2030, according to an IOTC Scientific Committee report.

"The proposition was further asking for different proportions of reductions by countries. Countries without coasts would have reduced by 40 percent and Seychelles was being asked to reduce by 20 percent. This would have meant a 35,000 [tonnes] quota for all our purse seiners, industrial longliners, and semi-industrial vessels. This would have been a negotiation but unfortunately, there were countries that didn't want to negotiate, and as such, the resolution was not adopted," said Clarisse.

The meeting, which took place in Seychelles, an archipelago in the western Indian Ocean, was the first partial face-to-face meeting to happen since the outbreak of the COVID-19 pandemic started, with some participants taking part via video conference.