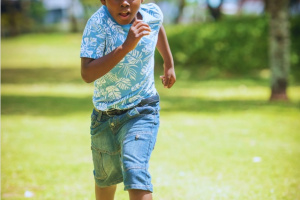 The NBS is asking members of the public to make themselves available for the officers once the survey starts. (NBS)

A census to gather data on the population, households and voters in Seychelles will start on April 22, said the deputy chief executive of the National Bureau of Statistics (NBS) on Tuesday.

The deputy chief executive of the NBS, Helena Butler-Payette, said, "We have already started providing training sessions for approximately 500 officers that will be going door-to-door to run the surveys, where one of the biggest changes to the way we do things is in the digitalisation of the census."

Compared to previous years when the census was conducted by filling out forms, this year will be done digitally so that officers analysing and collating the data can do it faster. This means that the results will be available much faster.

"In the past, it would take almost a year for us to come up with reports based on data collected from the census, but this time it could take only weeks or a few months," added Butler-Payette.

Aside from providing data on the total population and households in Seychelles, the NBS has also been working with various other institutions, where information based on other particulars will also be collected.

These range from questions about which health services are used the most, how long babies are breastfed, to media-related questions such as how many households access national TV channels, among others.

Alongside the population and household census, the officers will also be collecting information for the voters' census.

The reason why these two censuses are being done together is financial, explained Butler-Payette.

She said that it is better to use the same resources now and get both surveys down rather than spend money to conduct two exercises at different times, which would cost more.

The government has invested around $904,000 (SCR13 million) in this exercise.

The NBS is asking members of the public to make themselves available for the officers once the survey starts, to ensure that there are no delays and everyone is included, so that the information gathered is as accurate as possible.

"Information collected will not be published at individual levels but will be aggregated and summarised so that confidentiality is preserved. As such, respondents need not be afraid to answer the questions truthfully. The only data that will be shared at individual level will be those that are already in the public domain (e.g. the voters' register) and are required by law to be published, said Butler-Payette.

The only personal information that will be collected by the officers will be the information appearing on national identity cards, passports, or driver's licenses.

Homeowners are being asked to leave details with a person at home if they are absent so that whoever the officers talk to will be able to provide this information.

The census officers will be identified through an identification card signed by the Census Commissioner and will also be wearing a vest with the name of the NBS printed on the back.

"All officers must have proper identification with them and the public has the right to refuse access to their homes to any officer who fails to produce any proper proof of identity," said Butler-Payette.

Seychelles has conducted six censuses since its independence, starting with one in 1977 followed by another in 1987. The next four censuses in 1994, 1997, 2002 and 2010, were conducted to address national needs, particularly the demarcation of administrative boundaries.

Full participation in the census is both a civic and legal duty for all usual residents of Seychelles.

According to the NBS, as of December 2021, the population of Seychelles was 99,728, which represented an annual growth rate of 0.8 percent from the 2020 figures.