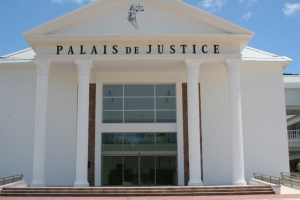 (Seychelles News Agency) - The Seychelles Supreme Court on Friday charged the five suspects in the ongoing possession of firearms case for several charges under the Penal Code, Prevention of Terrorism Act, Firearms and Ammunition Act.

According to a court report, those charged on Friday are Mukesh Valabhji and his wife Laura, Leslie Benoiton – a senior officer in the Seychelles Defence Forces (SDF), Leopold Payet - a former Chief of the Seychelles People's Defence Forces - the former name of the SDF- and Frank Marie - retired lieutenant colonel and presidential chief security officer.

They have been charged for abuse of authority of office to possession of firearms, use of property for commission of terrorist acts, conspiracy to commit offences under Prevention of Terrorism Act, acquisition and possession of firearms or ammunition without licence under the Firearms and Ammunition.

The Kobre & Kim international law firm said in a press release that allegations are unfounded.

"Our client will vigorously defend himself, if and when he is able to secure a full and fair trial. Until such time, our firm, legal experts and human rights campaigners will be watching every step the court makes in this case. This scrutiny will be vital not just for Mr Valabhji and his wife, but to ensure the proper application of the rule of law within the Seychelles," said the firm.

A cache of military arms and ammunition were found at the Valabhji couple's residence in western Mahe district of Port Glaud during a search after they had been arrested for the case of missing $50 million granted to the government of Seychelles by the United Arab Emirates in 2002. The funds were then transferred to a bank account of the SMB, now known as the Seychelles Trading Company (STC), at a branch of the Bank of Baroda in England.

Benoiton was arrested shortly after the couple in relation to the cache of arms while the most recent persons arrested in connection to the arms are Frank Marie - a former bodyguard of late President France Albert Rene and retired army Brigadier Leopold Payet on December 29.

It was revealed in court that no illegal arms were found on the premises of the two retired army officials.

Since their arrests, Marie and Payet have been held on remand while the authorities continue investigations and the court ordered further remand of 14 days when they appeared in court on Friday.

The defence objected to the remand of Marie, an 81-year-old ex-army official, and argued "that filing charges while the investigation is still ongoing and not yet completed is an abuse of process."

Marie's counsel also reminded the courts that the accused is an elderly man with health conditions and does not pose a risk of absconding, therefore, bail with conditions should be granted.