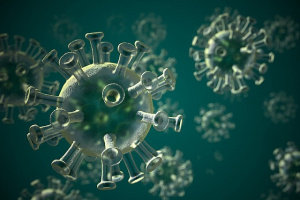 (Seychelles News Agency) - A spike in COVID-19 cases in Seychelles following Christmas celebrations is likely due to the presence of the Omicron variant in the island nation, a top health official said on Thursday.

In a press conference urgently convened during the holiday week, the Public Health Commissioner, Jude Gedeon, said there are 621 active COVID-19 cases in the country, a figure he called alarming.

Gedeon said that based on panel tests carried out on samples collected in late November and December, "we have detected a lot of cases that we suspect are the Omicron variant."

"There is a surge in COVIC-19 cases in Seychelles and it is quite likely that the Omicron variant is predominant. Tomorrow, we are expecting preliminary results for the genomic sequencing that we have sent to Kemri laboratory in Nairobi. Another reason that makes us believe that we have the variant in the community is the speed at which the cases are increasing," he said.

The Omicron is the newest variant of the virus that causes COVID-19. It was first reported to the World Health Organisation (WHO) from South Africa on November 24.

The Public Health Commissioner said that Seychelles, an archipelago in the western Indian Ocean, recorded 161 new cases on Wednesday alone.

"In just one week the number of cases has doubled and our seven-day rolling average now stands at 70 cases. This is really alarming for us and we know what follows when the number of cases starts going up. Sooner or later people start getting sick, there are a lot of admissions, facilities are stranded, and services are affected. The spike in cases is linked directly with pre-Christmas and Christmas celebrations," added Gedeon.

The Police said that it is increasing patrol and surveillance to ensure public health protocols are in place and being followed, especially as New Year celebrations draw near.

The head of visible policing, Antoine Denousse, who was also present at the press conference, outlined that there will be an increase in patrols around entertainment establishments, and use of drone to assess situations.

"Based on the current situation, the police are doing strict patrols around bars. If a bar needs to close at 10 pm, it must do so or else we will close it down completely during the weekend. We want people to understand that gathering outside these places is strictly prohibited. We will not be warning people anymore, we will just be issuing fines which stand at SCR2,000," said Denousse.

He added that if any entertainment establishment is unable to produce their Standard Operating Procedures (SOPs) when asked, they will have to close down and remain closed until SOPs can be produced.

"When we are engaged in other patrols, we will use drones to see where there are gatherings. Drones cover a larger surface and it will provide us with an idea of where to go to break up gatherings. If we come to a house and there is a party, the fine for the owner of the house is SCR5000. The police will be assisted by military personnel during these patrols on Mahe, Praslin and La Digue," he continued.

Tourism establishments are also being asked to advise their clients that it is the law in Seychelles to wear face masks in public places. Tourists will be fined if they are not following the law.

Meanwhile, the public is being urged to continue practicing preventative measures -- proper mask-wearing, hand sanitisation and washing and social distancing. The public must also adhere to public health protocols currently in place which include no mixing of households, no gathering of more than four people, shops closing at 9 pm and curfew at 11 pm.