Seychellois seafarers owed money from EU vessels to be paid by end of December, official says 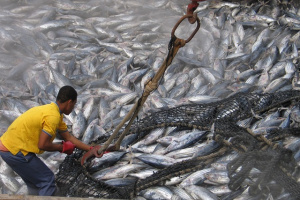 SFA has collected 350,000 euros through the fund which will be used to pay the seafarers whose claims are older than the 10-year statutory limit of their claims. (Joe Laurence, Seychelles News Agency)

(Seychelles News Agency) - All Seychellois seafarers who worked on EU vessels and are owed backpay will be paid by the end of December, a top official said.

"We want to finish paying everyone their compensation by the end of this month. Should we start doing so on the 15th December, we should be done in five to six days," Nichol Elizabeth, the chief executive of the Seychelles Fishing Authority (SFA), told a press conference.

The EU and Seychelles have jointly agreed that 121 Seychellois seamen whose fixed wages were not in conformity with the standards of the International Labour Organisation (ILO) would receive compensation.

Following a Joint Committee Meeting under the Implementing Protocol 2020-2026 of the Sustainable Fisheries Partnership Agreement between the EU and Seychelles which took place last month, it was agreed that the seafarers would be paid 73 percent of the compensation they were claiming.

Earlier this year SFA said that from 2005 to 2014 there were 116 claims amounting to SCR11 million ($789,000) worth of compensation from seafarers who were working on those vessels at that time.

As for Seychellois seafarers who worked on vessels of the European Union from 2011 to 2020, ship owners will pay refunds.

"As the Seychelles Fishing Authority (SFA) had already begun paying seafarers for that period of time, the ship owners have agreed to refund SFA," said the principal secretary of fisheries.

The claims were to be settled on a case-by-case approach following a scrutiny process by the SFA in collaboration with EU operators – provided the claims were supported by evidence and considered eligible for compensation.

The Seychelles' authorities agreed to use the EU operators' contributions collected through the Fund for Environment Management and Observation of Marine Ecosystems set by the current Protocol to compensate the concerned seamen.

SFA has collected 350,000 euros through the fund which will be used to pay the seafarers whose claims are older than the 10-year statutory limit of their claims.

"This is so that none of the Seychellois seafarers who have worked on EU vessels are left behind," said Clarisse.

In case of insufficient funds available, the remaining compensations will be covered by SFA proportionally to the money made available through this Fund and the repayments made by operators for the 2014-2020 Protocol.

SFA has already sent proforma invoices to the ship owners so that they may complete the necessary formalities on their part.