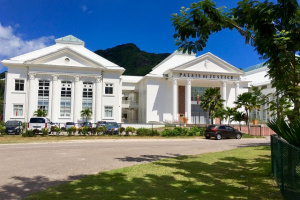 (Seychelles News Agency) - Two former high government officials appeared before the Seychelles' Supreme Court on Wednesday in connection with the ongoing investigation of the disappearance of $50 million.

The $50 million was granted to the Seychelles' government by the United Arab Emirates in 2002. The funds were transferred to a bank account of the Seychelles Marketing Board (SMB), now the Seychelles Trading Company (STC), in a Baroda bank in England.

The male suspect at the time of the alleged incident was one of the directors of the 'Compagnie Seychelloise de Promotion Hôtelière' (COSPROH), an entity set up to manage state-owned hotels and tourism properties through long and short-term agreements.

He is accused of facilitating the pulling of the misappropriated fund into COSPROH and then out again. Justice Rony Govinden, the presiding judge in the case, outlined that as a co-director of COSPROH he should have been in a position to know that the transactions being undertaken in that regard were not legitimate.

Govinden dismissed the defence attorney's request for bail saying that the nature and facts of the offence are serious, considering that the misappropriated fund would have aided in the development of the country.

At the time of the suspected offence, the female suspect was the director general at the Ministry of Finance. It was outlined in court that the suspect received instructions from the prime suspect, the head of SMB at the time, to transfer the funds into the SMB account in the UK. This was followed by a memo with banking details.

The prosecution outlined that this was a new account set up by the prime suspect, and not the same account SMB transactions were usually made on. Documents produced in court indicate that the former director general sought necessary approvals from the Minister of Finance at the time through the then principal secretary before releasing the fund.

Govinden said that facts and circumstances indicate that she was carrying out the instructions of someone else and did not get any material gain out of the alleged act but she remains a person of interest in the case.

She was asked to sign a bail, surrender her passport and other travelling documents to the court, refrain from interfering with witnesses and report to the Beau Vallon police station weekly.

The case was brought to court by the Anti-Corruption Commission of Seychelles (ACCS).

After the Wednesday court session, ACCS' chief executive, May De Silva, made a statement saying that ACCS has been investigating this case for a while now.

"Our institution is supported by UK specialists who have experience working in corruption cases. We are an independent institution and non-partisan and we would like people to be patient with us. All cases being brough to court are based on facts, time and what is being presented to the court are fact," said De Silva.