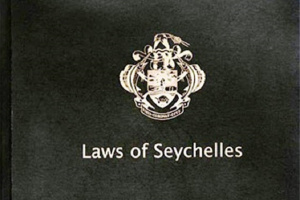 As part of the project, several proposals have been submitted to the government for consideration. (Seychelles Nation)

(Seychelles News Agency) - Current laws in Seychelles are being updated and consolidated in an effort to ensure that they are current and accessible to everyone, said a top official of the Attorney General's office.

Principal state counsel Stefan Knights told reporters recently that the project which started in January has three main components: the consolidation of all the laws of Seychelles, revision of the laws, and law reforms.

"The primary objective of this project is to make the laws accessible to people. As you know, ignorance of the law is no excuse, but it is unfair to those who try to preserve the rule of law if they cannot even find the rule of law itself," said Knights.

He said that the last consolidation of laws was conducted in 2010, but with the amendments made over the years by the National Assembly, it is difficult for people to understand the current state of the law.

The National Assembly, which is the legislative body of the archipelago in the western Indian Ocean, is responsible for passing new laws and approving amendments of existing ones.

As part of the project, several proposals have been submitted to the government for consideration and will then be sent to the National Assembly for approval.

However, this does not apply in cases that the confiscated item has been used in criminal activities or is part of an investigation.

Another proposal submitted by the Office of the Attorney General includes the testing of prisoners for communicable diseases such as COVID-19, tuberculosis and HIV/Aids.

"At the end of the project we intend to have a website where the laws of Seychelles will be free for any person to access, so you will get up to date version of the laws, and we also intend to establish a law commission that will be updating the laws regularly as we go," he added.

Knights said that the intention is to establish a law commission which will be a dedicated body for law revision, consolidation and law reforms. Although it remains to be approved by the cabinet and National Assembly, it is proposed that the commission comprises legal professionals, civil society, youths, and the private sector.