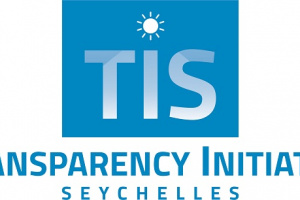 The chairperson of the TIS Chetty said that the process for the amendment of the Act was done in a speedy manner.

(Seychelles News Agency) - An amendment to remove the requirement that spouses and household members of high level government holders must declare their assets should not take effect, said an official from Transparency Initiative Seychelles.

The National Assembly, Seychelles' legislative body, approved the amendment in the Public Persons Declaration of Assets, Liabilities and Business Act 2017 on September 22.

The chairperson of the Transparency Initiative Seychelles (TIS), Chrystold Chetty, told SNA on Friday that "the recent publication and the outcomes from the Panama paper and the Pandora papers have reinforced our conviction that the amendment should not take effect."

In a statement released on Tuesday, TIS said that the recent Pandora Papers scandal has further proven both the fragility and importance of checks-and-balances mechanisms across the world.

Chetty said that the process for the amendment of the Act was done in a speedy manner.

"Whilst the meetings of the Cabinet of Ministers are followed by us constantly, we never came across the mention of the bill going before the Cabinet for endorsement, but we stand to be corrected. The Bill 40 of 2021 was gazetted on September 13, uploaded on the website of the National Assembly on September 16 and discussed and voted on September 21. We became aware of the bill whilst it was being discussed in the Assembly. In fact, there was even a motion to waive the second reading in the Assembly," he said.

The amendment to the Act was presented by Vice President Ahmed Afif, who said that in his State of the National Address on February 1, 2021, President Wavel Ramkalawan announced the restructuring of its government and public entities, with the aim to make the government more efficient and reduce certain costs.

"One of the restructurations that took place was to transfer the responsibility of the commissioner of Public Persons (Declaration of Assets, Liabilities and Business Interests) to the Anti-Corruption Commission," said Afif.

In its statement, TIS said that in one of their reports released in May this year, it was noted that "family members, offshore accounts, and shell companies are some of the ways by which wealth acquired through (corrupt) means are distributed. With this being such a common circumstance, should close family members not be held accountable for their wealth as well?"

Responding to SNA's questions as to why the initiative responded to the amendment three weeks later, Chetty said that with matters of such high national importance "we always deem it necessary that we do the necessary research, consultation, and reflections before making any public statement."

He added that "the Bill of the Act is not assented by the President, and more dialogue and consultation should take place before the bill is tabled again for discussions in the National Assembly. More importantly, we expect that in future there is more consultation on matters of national importance."