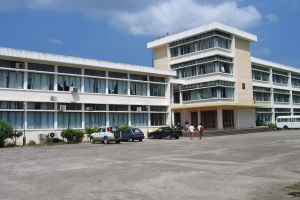 (Seychelles News Agency) - The Seychelles Qualifications Authority is taking measures to ensure that the quality of tertiary education is up to international levels, said a top official on Thursday.

The chief executive of the authority, Fiona Ernesta, told a press conference that the Act of 2006 needed a comprehensive review.

"We have researched extensively how a qualifications authority should function. Over the years as we implemented the Act we have identified several loopholes that we needed to address," Ernesta.

The new amendments which were approved by the cabinet of ministers will ensure that the Seychelles' qualification framework would be on par with those found in the rest of the world.

"There have also been reforms, for example reforms in education in 2019, and we are going through change and reforms nationally and these reforms have implied that the inspection unit in the Ministry of Education has been transferred to the SQA," said Ernesta.

The Seychelles Qualifications Authority's aim is to promote the quality and standards of education and training through a system of accreditation, validation and quality assurance.

The amendments include removal of outdated sections in the act and modernising the language used. The new act also makes provisions for the SQA to implement provisions to other international conventions that Seychelles has ratified such as the Addis Ababa convention of 2014.

One of the benefits of the Addis Ababa Convention is that it creates a binding agreement around the norms and standards for formal procedures recognising foreign higher education qualifications and those giving access to higher education institutions in Africa.

The legislation still has to be presented to the National Assembly for approval.

As part of the reforms, the SQA will take up the function of the Tertiary Education Commission, which will be dissolved.

The Tertiary Education Commission was established to regulate the tertiary education and training sector and provide evidence-based recommendations that will ensure the growth and development of the sector.