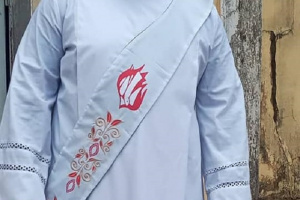 Romeo Bonne was ordained as a deacon earlier this month, the first Seychellois to join the clergy since Father Collin Underwood in August 2009. (Diocese of Port Victoria,Facebook)

(Seychelles News Agency) - The Catholic Diocese of Port Victoria is seeing an increase in young Seychellois males willing to take vows to join the church.

Romeo Bonne was ordained as a deacon earlier this month, the first Seychellois to join the clergy since Father Collin Underwood in August 2009. In addition to Bonne, three other Seychellois are studying for the priesthood.

Bonne, 31, was ordained as deacon on August 14 at the Holy Ghost congregation in Dakar, Senegal.

Bonne is the first Holy Ghost deacon to take his vows since the congregation arrived in Seychelles, an archipelago in the western Indian Ocean, on September 20, 2000. He will be attached to the Ste Therese parish in the central Mahe district of Plaisance before officially joining the clergy.

Hailing from the district of Takamaka, Bonne became the first Seychellois to join the Spiritan congregation in 2017 after studying in Senegal.

"This is a rising sun for the Catholic Church that after so many years since we last ordained one of our own, we will soon have many more to come in the coming years," said Madiella.

To date, the congregation has nearly 3,000 priests, brothers and Spiritan associates. With missions in 60 countries around the world, it is involved in many diverse ministries including education, parish work, and refugee ministry.