President, government leaders to meet with Air Seychelles board to discuss petition over debts 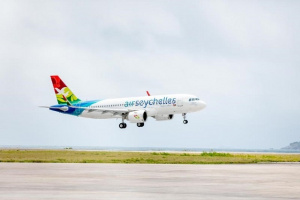 (Seychelles News Agency) - President Wavel Ramkalawan and relevant government ministers will meet with the board of directors of Air Seychelles to discuss a petition filed against the airline over debts owed to the EA Partners Bondholders, State House said on Thursday.

According to a press release by the Noteholders Committee acting on behalf of the bondholders, "a petition was filed on August 19 for the winding up of Air Seychelles and August 24 such petition was served and acknowledged by Air Seychelles."

Air Seychelles is due to appear before the Supreme Court on September 6. EA Partners is a special purpose vehicle of Etihad Airways which provides financing to airlines.

A lawyer for the petitioners who requested that his name not be used said that his clients "only want to recuperate the investment that they have made in the airline."

The Noteholders Committee said that in its initial engagement with Air Seychelles in July 2020 it has made it clear that it is willing to reach a fair and equitable resolution to the airline's debt challenges.

The Committee added "that to date, there has been no substantive engagement, nor any sense of urgency concerning the airline's situation, from either Air Seychelles or its sole shareholder, the government of Seychelles."

The Committee has therefore concluded that the only viable option that remains is to file a petition for the winding up of Air Seychelles in order to seek recovery of the debts owed to it and the other EA Partners bondholders.

In April this year, the Ministry of Finance had announced that it had reached a deal to take full ownership of Air Seychelles following talks with Etihad Airways in which the UAE-based airline agreed to relinquish the 40 percent stake it holds at a steep discount.

Air Seychelles had owed $72.3 million to Etihad; with the 79 percent write-down, Seychelles is to pay $11.34 million. A total of $71.5 million is still owed to bondholders.

Etihad Airways entered a partnership with Air Seychelles in 2012, when it bought a 40 percent share in the national airline. The remaining 60 percent belonged to the government of Seychelles, an archipelago in the western Indian Ocean.

The Noteholder Committee said it has noted the President's commitment to saving Air Seychelles and is prepared to work with the government to achieve that provided that the rights of creditors and their position in the capital structure are respected.

Meanwhile, the President and his Cabinet on Thursday renewed their commitment to take all necessary measures to support the employees of Air Seychelles and will discuss the way forward on Friday.

"At the moment, and as the case is heard in the Supreme Court, Government wishes to reassure everyone, especially stakeholders, that all measures are being put in place to ensure that all airport services will continue as normal and with no disruption," said State House.

EA Partners was established in 2015 to allow Etihad Airways to finance airlines in which it holds stakes. Etihad Airways incorporated two special purpose vehicles, EA Partners I and II, which sold bonds worth $1.2 billion to raise funds for several air carriers.