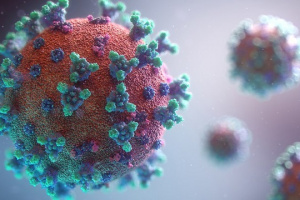 Gedeon said that restrictions imposed to curb the spread of the virus will remain in place. (Trinity Care Foundation/Flickr) Photo License: CC BY-NC-ND 2.0

(Seychelles News Agency) - The number of COVID-19 cases recorded in Seychelles is showing a downward trend but restrictions will remain in place, said a top official on Thursday.

The Public Health Commissioner, Jude Gedeon, told a press conference that the seven-day rolling average for this week shows a downward trend in the number of cases recorded generally.

“It is also important to note that we are not at the level of pre-surge transmission level. We are yet to get there and we anticipate that it will take a couple more weeks to get where we were at the pre-surge period,” said Gedeon.

Seychelles has recorded 17,747 positive cases out of which 16,889 have recovered and 769 are still active. The number of deaths recorded to date is 89.

The island nation in the western Indian Ocean had a surge in cases in May which resulted in health authorities re-introducing societal restrictions to curb an increase in COVID-19 transmissions.

Gedeon said that restrictions imposed to curb the spread of the virus will remain in place.

“Removing preventative measures too early can be catastrophic and have a very negative effect, it is better that we spend more effort making sure that the outbreak is very controlled before we start thinking of relaxing measures,” he said.

He also pointed out that currently, the Delta variant is the reason for surges in many countries in the world and it was “the main reason for the surge we recorded in the country in May together with the other variants that are present in the country.”

Seychelles has three variants of concern and these are the Beta South African variant; the Delta Indian variant and the Alpha UK variant and that more samples have been sent for tests last week.

Meanwhile, the COVID-19 vaccination campaign in Seychelles continues and to date 68,553 people have received both doses of a vaccine amounting to 68 percent of the population of 98,462.

On the question of a possible booster, Gedeon said that “we are still conducting research on this possibility and we are working closely with WHO (World Health Organisation).