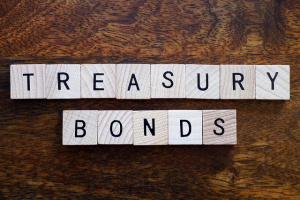 Most of the exchanges were made for the 3-year treasury bonds, worth a total of $28 million. (Simon Cunningham, Flickr) Photo License: CC BY 2.0

(Seychelles News Agency) - Seychelles has exchanged $75 million of treasury bills into treasury bonds of varying maturity as part of its recent liability management operation, a top official said on Monday.

The liability management operation was conducted through a debt restructuring on July 14 where in accordance with Section 7 of the Public Debt Management Act, 2008, the government exchanged eligible treasury bills for treasury bonds.

Of the treasury bills exchanged during the operation, 25 percent of the total amount were those with a 182-day maturity, with the other 75 percent being those with a maturity of 365 days. Most of the bills came from depository institutions such as banks.

In a short presentation, the director of financial markets division in the Central Bank of Seychelles, Gina Rosette, also shared that most of the exchanges were made for the 3-year treasury bonds, worth a total of $28 million (SCR462 million).

Labonte said that they had the ability to convert up to 1.5 billion if there was demand, but they are very satisfied with the amount they managed to exchange, as this will give the country greater debt sustainability, by reducing interest rates and refinancing risk.

"Having a lot of treasury bills comes with high rollover risk, where we find ourselves continuously issuing new Treasury bills so that we repay the mature ones and that also comes with a high interest rate, which is not sustainable in the current economic climate," he added.

Labonte said that the financial projection of the country in three years' time - when the first of these treasury bonds will reach maturity – is positive and will allow for the payments of these bonds as they expect that the Seychelles budget will no longer be running on a deficit by then.

This comes a week after the government of Seychelles, an archipelago in the western Indian Ocean, had announced that the International Monetary Fund (IMF) has reached a staff-level agreement on a $107 million arrangement under the extended fund facility to help support the country's economic reform programme.

Some of the measures to be taken under the economic reform include improving Seychelles' debt sustainability, the business environment and reform of public administration.