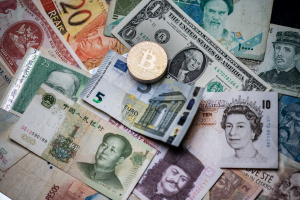 Those sanctioned include 14 people allegedly involved in the diversion of $230 million of Russian state property through a fraudulent tax refund scheme uncovered by lawyer Sergei Magnitsky.

Ajay, Atul and Rajesh Gupta and their associate Salim Essa were also placed on the list over a corruption scandal under South Africa's former president Jacob Zuma.

"Corruption has a corrosive effect as it slows development, drains the wealth of poorer nations and keeps their people trapped in poverty," Raab told parliament.

"It poisons the well of democracy. The individuals we have sanctioned today have been involved in some of the most notorious corruption cases around the world."

Britain previously followed the European Union's sanctions regime but since leaving the bloc in January last year has struck out alone with its own policy.

The US Treasury department welcomed London's move, which closely mirrors similar restrictions in Washington and also by the Canadian government.

The policy follows on from Britain's human rights sanctions regime which began last year and was named in honour of Magnitsky, who died in a Russian jail in 2009 after being arrested while investigating the large-scale tax fraud.

A total of 78 individuals and entities are on the human rights sanctions list, including from Russia, Saudi Arabia, Venezuela, Pakistan, Myanmar, North Korea, Belarus and Gambia.

The global anti-corruption sanctions are designed to prevent Britain from being a safe haven for illicit funds and money laundering.

Raab said the new regime will allow the country to target graft, in particular bribery and misappropriation, and promote better governance, the rule of law and stronger democratic institutions.