Seychelles sends condolences to Tanzania after passing of President Magufuli 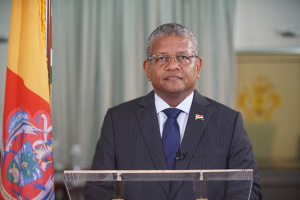 In his message, Ramkalawan highlighted Magufuli's long political career, spanning many decades at the service of the people of Tanzania.

“The late President Magufuli was well-known and respected for his charismatic personality, bold and innovative thinking, as well as for his fervent patriotism,” said Ramkalawan.

“President Magufuli will be remembered and honoured as a foremost statesman of modern Africa, a courageous and steadfast leader, a man of conviction with a fierce determination to steer his country towards progress and shared prosperity. We mourn with you the passing of President John Pombe Joseph Magufuli and pray for the eternal repose of his soul," he added.

According to the BBC news service, President Magufuli died from heart complications on Wednesday at the age of 61.