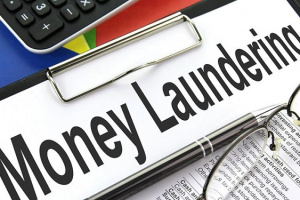 (Seychelles News Agency) - Seychelles has submitted its report to the Eastern and Southern Africa Anti-Money Laundering Group for re-rating following a series of legislative changes made last week to ensure compliance with international standards, a top official said on Wednesday.

The Secretary of State for Finance, Patrick Payet, told SNA that "according to procedures of the Financial Action Task Force, Seychelles has three years to make significant changes to its legislation to bring it abreast to international norms."

He said that "we need to show the progress we have made to the international community. This is the reason why we needed to submit the report and we need to do it six months for due diligence process before it is being reviewed for re-rating."

Seychelles, a group of 115 islands in the western Indian Ocean, will defend its submission in the report at the Eastern and Southern Africa Anti-Money Laundering Group Plenary meeting in September. The report addresses 14 recommendations of the Mutual Evaluation Report published in 2018 by the ESAAMLG, which the island nation has included in its laws.

The Minister for Finance, Economic Planning and Trade, Naadir Hassan, last week emphasised the importance for Seychelles to meet its international obligations and promote the integrity of the global financial system.

"It is important that the weaknesses which have been identified are rectified, so as not to compromise the reputation of our jurisdiction, and not put our banking system at risk," said Hassan.

The report submitted by Seychelles specifically highlights the progress that the island nation has made to amend the laws governing its financial sector to bring it abreast with international norms.

Amendments have been approved by the National Assembly on six laws, namely the Mutual Legal Assistance in Criminal Matters Act; the Extradition Act; the Anti-Money Laundering and Countering the Financing of Terrorism Act; the Beneficial Ownership Act; the International Trust Act; and the Prevention of Terrorism Act.

According to Hassan, aligning and amending the legal frameworks in accordance with the FATF recommendations demonstrates Seychelles' commitment to meeting international standards, protecting its reputation and reflects a country committed to safeguarding the integrity of the global financial system.

The National Anti-Money Laundering and Countering the Financing of Terrorism Committee is tasked with coordinating the national efforts to keep Seychelles on par with international obligations and requirements and ensure implementation of all recommendations.

The improvements to Seychelles' standing have been attributed to the work of the National Committee on Anti-Money Laundering and Countering the Financing Committee.

Payet, who is also the chairperson of the committee, said that "Seychelles cannot remain behind and playing catch up if it wants to continue on its economic development, thus it has to comply with international requirements."

Aside from the 14 recommendations up for re-ratings, there are still outstanding reviews that Seychelles needs to make to fully comply with FATF. These are a review of the Registration of Association Act, the licensing structure of the designated non-financial businesses and professions, introducing a licensing secretary regime for the domestic companies, a new framework for virtual asset service providers and a new asset management regime in support of asset recovery efforts.