Seychelles to set up register of extradition cases 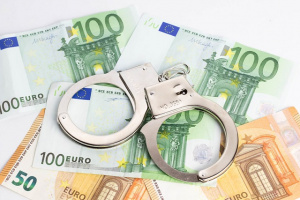 Hassan said that in the amendment it is also being proposed that a definition for the term financing terrorism activity is included. (Marco Verch/Flickr) Photo License: CC BY 2.0

(Seychelles News Agency) - Seychelles will set up a register of extradition cases occurring in the island nation after the National Assembly approved a bill presented by the Minister of Finance on Tuesday.

Naadir Hassan told members of the National Assembly that the proposed Extradition Amendment Bill, 2021, will address deficiencies identified in the mutual evaluation report published in 2018 by the Eastern and Southern Africa Anti-Money Laundering Group (ESAAMLG).

Recommendation 39 in the report relates to extradition, in which Seychelles was rated partially compliant due to the fact that terrorism financing is not an extraditable offence and there was no proper case management system for handling extradition cases.

Extradition from and to Seychelles is regulated by the Extradition Act (1991), which includes offences established under international conventions or agreements to which the requesting State and Seychelles are parties as extraditable offences. However, these offences still need to be criminalised in domestic legislation in the island nation in the western Indian Ocean.

In line with procedures established by FATF, the deficiencies must be addressed within three years and Hassan said that "this means that we need to amend the bill to submit to ESAAMLG as soon as possible."