Seychelles to forge ahead with investments in health, education sectors; $94 million budgeted 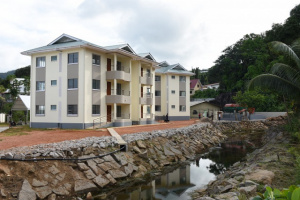 (Seychelles News Agency) - Seychelles is budgeting more money for capital investment, particularly in the education and health sectors, worth SCR 1.9 billion ($94 million), a 58 percent increase compared to the 2020 budget, the Minister for Finance told the National Assembly on Tuesday.

The Minister for Finance, Economic Planning and Trade, Naadir Hassan, said that the government's programme for capital investments for 2021 to 2023 comes to a total of SCR 4.7 billion (nearly $236 million), amongst which 40 percent of this investment has been budgeted for implementation in 2021.

"This increase is due to a number of large capital projects, especially in the health and educations sectors, that are expected to be financed during this year, through financial donations and external debts. The total budget for capital expenditure that is being financed by donations and external debts have increased on average by more than 100 percent compared to the 2020 budget," Hassan said during his budget address.

The minster, however, explained that the government is financing only projects that are already in the implementation stage and some that are being financed through external debts.

Projects being financed through the domestic budget include the continuation of the '24/24' housing construction project, construction of new blocks at schools and acquisition of school equipment, a new police headquarters on the main island of Mahe and police station for the third-most populated island of La Digue, new roads, a new jetty facility for the coast guards, as well as different projects in the agriculture sector such as the continuation of the construction of a research facility.

"Research is crucial is agriculture. It is also important that when research is done it is important that reports come out, because it is through these findings that yields are improved," Gabriel Prudence farmer of the Spice Farm told SNA on Wednesday. Prudence welcomed this allocation as even though a research facility exists it needs to be upgraded.

The member of the National Assembly for Baie Ste Anne Praslin – the second-most populated island of Seychelles, 115 islands in the western Indian Ocean, said the development of Eve Island is much awaited.

"The money will allow the development of infrastructures such as drainages much needed for the allocation of these plots as some people have been waiting for up to 15 years to move there and develop their businesses," said Churchill Gill. Once fully developed the man-made Eve Island will be an industrial zone offering business opportunities for residents of Praslin in the manufacturing industry.

The construction of a new rehabilitation centre for drug addicts is also expected to start in 2021. This will be done with an allocation of $1.7 million financed by the government of the United Arabs Emirates.

"I do hope that this facility can cater for younger addicts below 18, because there are a few of them on drugs and while normal school is not their place, and they cannot take Methadone, I hope they can get help to detox, rehabilitated and reintegrate in the society," said Monerah Majah, a parent and also member of the Parent Teachers Association.