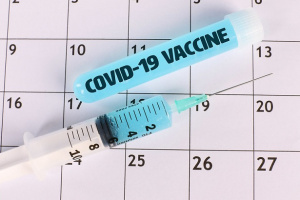 Just more than 13,000 vaccinations have been given in the 11 days since the island nation launched its vaccination campaign (Jernej Furman, Flickr) Photo License: CC BY 2.0

(Seychelles News Agency) - Seychelles is ranked third in the world in terms of vaccinations administered, said a top official. 13,163 vaccinations have been given in the eleven days since the island nation launched its vaccination campaign, the Public Health Commissioner told a press conference on Thursday.

“Seychelles as of the 16th is ranked fifth, but when you look at where we have reached, we have vaccinated more 13,000 people, they have received their first dose, so we are ranked third in terms of percentage of population vaccinated,” said Jude Gedeon.

Seychelles -115 islands in the western Indian Ocean – became the first country in Africa to roll out its vaccination campaign – using the Sinopharm vaccine - on January 10.

The chief executive of the Health Care Agency, Danny Louange told journalists that so far, the agency is satisfied with the way the vaccination programme is going.

“They came up with a plan, a big group with different working teams worked on the programme. We are satisfied because with the latest figures we are seeing that we are vaccinating more than two thousand people per day,” explained Louange.

All inhabitants of La Digue – the third most populated island – are being immunised against COVID – 19.

Louange added that they are on target and at the rate, the programme is going health can complete the first doses of Sinopharm by next week.

According to Gedeon the whole adult population of the island nation including GOP holders are expected to receive their jabs leading to herd immunity and easier to break the chain of transmissions.

“However we are aiming for higher immunity level in key areas for instance in tourism, in those working on the port, fishing port, at the airport. So in key areas, we want to achieve a high level of immunization, so that they are better protected and the spread does not happen in that community,” said the public health commissioner.

The chairperson of the National Immunisation Technical Advisory Committee Kathleen Cecile had told a previous conference that “0ur target is for us to vaccinate 70 percent of the population, which is around 69,000 persons. We expect that we can vaccinate 1,000 persons if they turn up daily, and we expect this to take us four months.”

There are nine vaccination centers on the three most populated island of Mahe, Praslin and La Digue. “On the same day, people will be given their vaccination cards, they will also receive a small card with an appointment for their second dose. We will follow registration through an electronic database so we will know daily who has been vaccinated, how many and where,” added Cecile.

During the conference on Thursday, Gedeon said that generally, the trend since the beginning of the year shows that the transmissions are going down but pointed out that most people being infected are aged between 18 and 60.

To date, the island nation has recorded 844 positive cases of COVID-19. 229 cases are active. 612 persons have recovered from the virus and 3 persons all Seychellois have died from COVID -19. The third death – a 71-year-old male - was recorded last weekend.