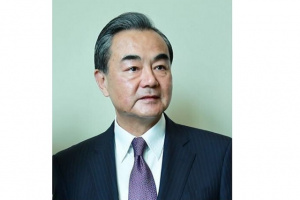 (Chinadaily) - Economic recovery, co-building the Belt and Road Initiative and further joint efforts in fighting COVID-19 will be high on the China-Africa agenda this year, officials and experts said, as State Councilor and Foreign Minister Wang Yi is set to kick off his first trip abroad in the New Year to the continent.

From Monday to Saturday, Wang will crisscross the continent with official visits to Nigeria, the Democratic Republic of the Congo, Botswana, Tanzania and Seychelles.

"China and Africa have always shared weal and woe. This friendship emerged still stronger from the test of COVID-19 in 2020," he added.

Starting from 1991, Chinese foreign ministers have chosen Africa as their first overseas destination every year.

By following this tradition, the upcoming trip "manifests the great importance China attaches to developing ties" with the continent, and it shows Beijing's sincerity and determination to deepen friendly relations with African countries in the post-pandemic era, Foreign Ministry spokesman Wang Wenbin said earlier.

Since the outbreak of COVID-19, China and Africa have joined hands to combat the contagion.

To tackle the pandemic, the two sides convened the Extraordinary China-Africa Summit on Solidarity against COVID-19 in June, which was attended by President Xi Jinping and 14 African leaders.

During Wang Yi's five-nation tour this year, he will conduct in-depth communication, further put into practice the consensus reached by Xi and African leaders, support the countries' fight against the virus and help bring about economic recovery, he said.

Also, advances will be made for building the BRI and constructing the China-Africa community with a shared future, the spokesman added.

He Wenping, a senior researcher at the Chinese Academy of Social Sciences' Institute of West-Asian and African Studies, said that Africa's economy has been hit hard by the pandemic, and tourism sector revenue-a pillar industry in many countries there-has dropped sharply.

"The pandemic has also dealt a blow to China-Africa trade, investment and project contracts," said He.

China-Africa friendship still prevails on both sides as their friendly ties enjoy a long history, and African countries have been consistent with China on many major international issues and offer staunch support for China's core interests, she added.

Last year, China and Africa celebrated the 20th anniversary of the Forum on China-Africa Cooperation, a flagship dialogue venue for promoting collaboration between the two sides.

Senegal, in the west of the African continent, will host the FOCAC meeting this year.

"In this context, China will work with Africa on the three priority areas of vaccine cooperation, economic recovery and transformative development to build new consensus on solidarity, break new ground for cooperation and deliver new benefits to the people," Wang Yi said.

China and Africa "will make new progress in building the China-Africa community with a shared future", he added.

Wang said FOCAC has become a new model of friendship, cooperation and common development among developing countries. In the past 20 years, with China's help, over 6,000 kilometers of railways, 6,000 km of roadways, nearly 20 ports and over 80 large power plants have been built in Africa. Two-way trade has grown 20-fold and China's direct investment in Africa surged 100-fold.

Zhao Yong, charge d'affaires of China's embassy in Nigeria, said in a recent article that in the past 20 years, China has provided about 120,000 government scholarships to African countries and sent some 21,000 medical workers to 48 African countries, offering treatment to about 220 million people.

Free-trade areas, digital economy, poverty reduction, connectivity among industrial chains and supply chains as well as climate change strategies will be among the potential areas for the two sides to work together, Deng told a FOCAC meeting of senior officials last month in Beijing.

Qian Keming, vice-minister of commerce, said at the same event that China entering its new stage of development and its buildup of a new development paradigm "will surely offer Africa a greater market and opportunities for growth".

China is ready to work with Africa to deepen international cooperation regarding the BRI, gear up nurturing promising areas among emerging sectors and promote the continent's growth, revitalization as well as independent and sustainable development, Qian said.