Outbound parcels must be declared under new regulations in Seychelles 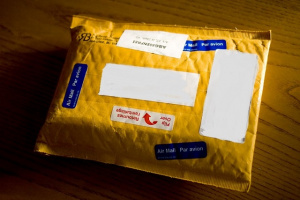 The declaration of parcels became a mandatory process to ensure that Seychelles is compliant with the 2018 Synthetics Trafficking and Overdose Prevention Act being enforced in the United States of America. (Christian Kadluba/Flickr) Photo License: CC BY 2.0

(Seychelles News Agency) - Sending a parcel from Seychelles to a foreign destination requires the sender to make an official declaration as of January 1, providing information about the outbound package.

Information about the sender, receiver, content and value of the parcel will have to be provided to customs either by filling the declaration form at the Seychelles Post Office or through an app - EAD Customs Declarations - developed by the Universal Postal Union (UPU) which can be downloaded to one’s smartphone. The declaration of parcels became a mandatory process to ensure that Seychelles is compliant with the 2018 Synthetics Trafficking and Overdose Prevention (STOP) Act being enforced in the United States of America.

According to Global Post, the Act is part of a sweeping law meant to help address the opioids crisis. The STOP Act mandates Advanced Electronic Data (AED) on all international packages.

At the moment, parcels sent and received by post are required to be accompanied by a Customs declaration form - CN22 - which includes a description of the goods, its value and whether it is a gift or commercial good. This form will still need to be filled in alongside the newly introduced declaration process when sending out a parcel.

The deputy chief executive of the Seychelles Postal Service, Alex Etienne, said that “any item that is entering the territory of America and that has not been declared will be returned to the country of origin.”

“This will come at a cost for the country and the post office, as there is a fee attached to bringing back a parcel into the country. The post office located in the other country will charge the country of origin. We do not have much choice but to comply with this requirement to avoid this attached fee,” explained Etienne.

He added that certain European countries are leaning towards adopting the same law, most probably this year.

Etienne explained that a fee - the amount not yet established - will be introduced for those seeking the assistance of an officer at the post office to fill in the declaration form.

At the moment customs officers are opening and inspecting most of the packages coming through the post office before they are delivered. Should the law be introduced in Seychelles, the declaration of parcels will help fast track the process as customs will already know the content of the parcel even before it is opened.

Etienne added that it will also allow customs to establish a list of trusted senders – such as credible online shops – which will facilitate the classification of packages as well as delivery.

As Seychelles – 115 islands in the western Indian Ocean - have not adopted the STOP Act, people sending packages into the island nation are only required to fill in the CN22 form.