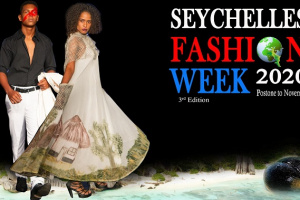 (Seychelles News Agency) - The third edition of the Seychelles Fashion Week will be televised nationally on SBC later this month, keeping the momentum of the event despite the ongoing global health crisis, said the organiser.

The Seychelles Fashion Week provides local designers with the opportunity to get more exposure as well as bring more importance to the fashion industry of the island nation.

Terry Carolla, the organiser, told SNA that he is still in the process of marketing and building the momentum of the event so it important that the third edition takes place this year.

"I persisted on the fact that we needed to do something this year even if it had to be organised in another manner due to COVID-19. We agreed to record a programme. We contacted SBC, held some discussions, and agreed on a format. It will basically be a fashion show," said Carolla.

During the fashion show, there will be a panel of experts who will discuss the Seychelles' fashion industry, financing and how the pandemic is affecting the livelihood of designers.

The fashion week will be held at the International Conference Centre on December 20. Initially, attendees were supposed to be limited to invites only but with the availability of more seats, Carolla is looking at selling some tickets.

"Local designers need to seize the opportunity as there is a purpose behind the virtual fashion week. As there will be fewer designers, they will have more exposure to both local and international media. In a sense, this is a form of promotion for them," said the organiser.

As for the participation of international designers, Carolla said that "they have been contacted and some of them have shown interest."

"They had until December 15 to send in their work. We are going to work with the same international designers we have worked with in the past because they have been to Seychelles, they know me and hence it is easier to establish the contact. It will be the same designers but with new collections," said Carolla.

The organiser is "encouraging international designers who will not be able to make it to Seychelles to film models in the outfits they are participated with and send it to us. These videos will be added to our programme and aired. We would also like to have the feedback of international designers or have then recorded a statement that we can also include."

Shorter segments of the programme will be edited and forwarded to the World Fashion Channel and Fashion TV Africa for broadcast since crew members will not be able to come to Seychelles, an archipelago in the western Indian Ocean, to capture the footage.

Carolla explained that financing during the pandemic is one of the major challenges being faced currently and that any sponsorship or partnership is greatly welcomed.