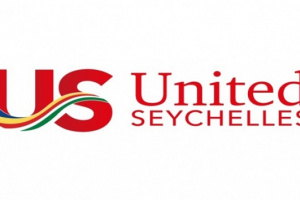 The national executive committee of US approved procedures for the election of a new party leader and 15 members of the committee early next year in a meeting on Wednesday. (Seychelles Nation)

(Seychelles News Agency) - The United Seychelles political party will elect a new leader and executive committee in an extraordinary congress in January, the office of the secretary general said Thursday.

The national executive committee of United Seychelles approved procedures for the election of a new party leader and 15 members of the committee early next year in a meeting on Wednesday, the press communique said.

The United Seychelles party lost both the presidential and National Assembly elections of Seychelles, an archipelago in the western Indian Ocean, held simultaneously October 22-24.

The presidential candidate of the Linyon Demokratik Seselwa (LDS), Wavel Ramkalawan, won the presidency with a landslide victory with 54.9 percent of the valid votes and LDS won 20 out of the 26 seats in the National Assembly.

The United Seychelles presidential candidate, Danny Faure, who was the incumbent president at the time, won 28,178 votes or 43.5 percent. It was the party's first defeat at the top office since 1977 when it came to power through a coup d'etat.

The communique said that "United Seychelles will remain the true positive force in Seychelles and will stand stronger than ever to defend the interest of the Seychellois people."

All members of the party who are interested in standing as the new leader or contest for a place as a member of the executive committee are asked to collect necessary documents at the secretariat at Maison du Peuple in Victoria, the capital.

The deadline to collect documents is Friday December 4 and are to be returned by December 11. All applicants will be vetted by the ethics commission of the party and will have to declare their assets, United Seychelles said.

The communique stated that "United Seychelles remains convinced more than ever that its principles on social justice, equal opportunity and that no Seychellois should be left behind is more relevant today when the party is in the opposition."