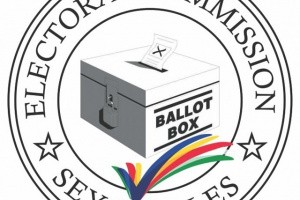 The chief electoral officer said that the rejected nominations were because either not enough signatures as required or problem with the IDs. (Electoral Commission Seychelles)

The Linyon Demokratik Seselwa (LDS) and the United Seychelles (US) parties will have candidates in all the twenty-six electoral districts on the three main islands of Mahe, Praslin and La Digue.

One Seychelles presented 20 candidates and 18 met the legal requirements for nomination whilst two were disqualified. The fourth party – Lalyans Seselwa – presented four candidates; three nominations were accepted and one did not qualify.

The legislative elections will be held alongside the presidential elections in Seychelles – 115 islands in the western Indian Ocean — from October 22-24.

In a statement to the press at the end of the nomination day, the chief electoral officer, Manuella Amesbury, said that all disqualifications had to do with an incomplete list of supporters and issues with the supporters' identification.

The leader of One Seychelles – Alain St Ange – said he was disappointed with the electoral commission as he – as party leader - was not informed of the disqualification before the certification presentation. St Ange said that he could not understand the logic behind one of the two disqualifications.

"I have sat with one representative this afternoon to see the objection being lodged by a party which likes to object and it was absolutely not founded and I want to absolutely sit with the chief electoral officer before I make a formal declaration on this,' said St Ange.

He added that the regulations set up by the commission were not being respected and that the rule of law should be observed.

The disqualification of the Lalyans Seselwa candidate for the National Assembly election is the second blow for the party this week.

Leader and representative of the two main parties contesting this election LDS and US – who spoke on Friday - both called for a process that is free and fair.

Roger Mancienne and Simon Gill stressed the importance that the elections are held peacefully with respect and tolerance for each other's affiliations.