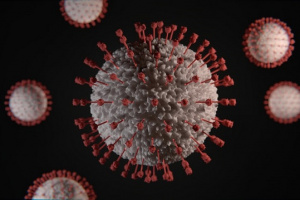 Seychelles has recorded 127 positive cases out of which 126 have recovered. (Victor Forgacs) Photo License: CC0

(Seychelles News Agency) - A United Nations volunteer who arrived in Seychelles last week has tested positive for COVID-19, the only active case in the island nation, even as health officials are preparing regulations that will make mask wearing mandatory in public, a top health official said.

The Public Health Commissioner, Jude Gedeon, told a press conference on Tuesday that the new case was detected late Monday.

"He is a UN volunteer who was going to work with the UN office here. He was in quarantine after he arrived on Friday on an Ethiopian Airline flight from Nigeria. Contact tracing is being done especially for those who travelled with him," said Gedeon.

Seychelles, an archipelago in the western Indian Ocean, has recorded 127 positive cases out of which 126 have recovered.

Gedeon highlighted the fact that many public institutions and businesses are putting in place safety and preventive measures such as requiring masks and making hand sanitisers available.

However, since many people are not heeding the guidelines in place, the Department of Health is working on a regulation to make face masks mandatory .

Once ready, it will be mandatory to wear masks in certain public places. The regulation will specify in which places and instances people will have to wear face masks. There will be a fixed penalty for people not abiding to the regulation.

On the main issues of concerns, Gedeon highlighted the gatherings and shows that are being organized despite the preventive measures announced.

"It is illegal to organize indoor or outdoor shows that bring more than four people together. Those premises are being contacted to cancel the planned shows. We are writing to the police and in contact with the Licensing authority," he said.

Gedeon added that there are meetings taking place in the community where social distancing and wearing masks are not being practised and these are not conducive to preventing a community outbreak.

"I am appealing to all political leaders to help in educating your supporters to adopt behaviour that will prevent the spread of an outbreak," he said.

Gedeon also gave an overview of the dengue outbreak in Seychelles.

Almost 3,000 people from January to date have tested positive for dengue out of which over 1,660 were male and around 1,200 female. The youngest person tested was less than 1 year old and the oldest was 104.

"The most affected places in Seychelles are at Anse Boileau, Anse Aux Pins, Perseverance and Beau Vallon. But we are having cases in almost all districts. So far we have not registered any deaths but we had some very complicated cases," said Gedeon.