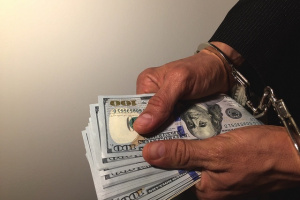 Payet said that just because Seychelles has not been the target of terrorism does not mean we are not susceptible to terrorist financing. (Victor/Flickr) Photo License: CC-BY 2.0

(Seychelles News Agency) - Seychelles has stepped up its efforts to combat money laundering and financing of terrorism activities following the approval of a national strategy by the Cabinet of Ministers, a top government official said.

The Secretary of State for finance, Patrick Payet, said a national strategy will bring a cohesive and collaborative effort by public and private sectors in combatting money laundering and terrorist financing.

Payet said combatting money laundering and terrorist financing "is a complex and dynamic undertaking that requires both the private and the public sector to work closely together to ensure that the proceeds of crime do not enter the financial system."

According to the Ministry of Finance, the National Anti-Money Laundering and Countering the Financing of Terrorism Strategy should be fully implemented by the end of 2022

Seychelles, an archipelago in the western Indian Ocean, had to strengthen its anti-money laundering laws to allow the Registrar General which registers these companies and the Financial Intelligence Unit (FIU) to work together to spot suspicious organisations and investigate them.

Last December, France added Seychelles to its blacklist of tax havens for not providing adequate information on some French offshore entities operating in the island nation's jurisdiction.

"We see the new strategy as a positive step in addressing the issues raised by our French colleagues and as an instrument that will allow us to take a comprehensive and unified approach to positively address our deficiencies," Payet told SNA on Friday.

In Seychelles, the Financial Investigation Unit (FIU) has the administrative role where it receives, analyses and disseminates reports on suspicious transactions. The unit is also tasked to keep information about companies' beneficiaries, information that will only be made available to law enforcement authorities and other competent authorities.

An asset recovery fund has also been established in which money confiscated from financial crimes are to be debited. The fund is expected to finance public projects, assist victims of money laundering and financial terrorism, as well as cover expenses for recovery, management and disposal of properties.

Payet said the island nation "has been very fortunate when compared to the level of terrorism in many countries, especially in the African region. However, just because Seychelles has not been the target of terrorism does not mean we are not susceptible to terrorist financing."