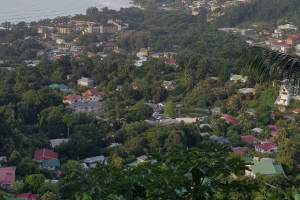 The tax applies to foreigners owning houses on any of the 115 islands of Seychelles. (Betymie Bonnelame, Seychelles News Agency)

(Seychelles News Agency) - Some $2 million is expected to be collected at the end of this year as a new tax on foreign owners of homes kicks in.

The immovable property tax was endorsed by Seychelles’ Cabinet of Ministers earlier this month and will apply for non-Seychellois owning buildings for residential purposes on the island nation.

Roseline Lepathy at the Seychelles Revenue Commission said SRC will work with the Registrar and Ministry of Housing Infrastructure Land and Transport for the valuation and collection of taxes.

The Seychelles Revenue Commission explained that the tax rate will be calculated at 0.25 percent of the market value of the property and is payable annually before the end of December 31. The tax applies to foreigners owning houses on any of the 115 islands of the island nation.

“It includes vacant or unoccupied immovable property which is intended or capable of being used for private housing or place of residence by the non-Seychellois owner with some exceptions. For example, if there is a co-ownership of residential property between a Seychellois and non-Seychellois, who are not married, the non-Seychellois will pay tax only on the percentage of the share he or she owns in the property,” said Lepathy.

The director added that any property used as a villa will also be captured as a residential property excluding villas solely owned by a hotel.

Registrar General Wendy Pierre told SNA that since July 1, a notice has been published to that effect and the office is making available forms for foreigners so that they can declare their properties. This will be opened for four months until November 1.