Seychelles and COVID-19: 8 measures taken by the island nation to protect its people 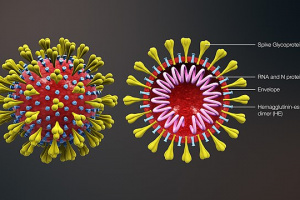 COVID-19 has swept across the globe, forcing governments to shut down travel and order citizens to stay at home to try to keep the spread from growing larger. Already there are more than 700,000 confirmed cases with more than 33,000 deaths globally from the infectious disease.

Seychelles – 115 islands in the western Indian Ocean – recorded its first case on March 12, and to date, there are ten confirmed cases. SNA brings you 8 measures taken by the island nation to try to keep the COVID numbers as low as possible in Seychelles.

Travel ban to China and on Chinese nationals

The outbreak of the COVID-19 had its source in the province of Wuhan in China. As the epidemic quickly spread, China started to close its borders. The world responded with travel bans to China.

Seychelles took the decision not to allow Seychellois to travel to China to except for returning Chinese residents on January 29. This was after the local authority had released a travel advisory banning Chinese nationals from entering the islands.

On March 9, Seychelles announced that it is temporarily closing down the island nation to cruise ships, bringing an early close to the season. Authorities later expanded the measures to include foreign yachts and pleasure crafts which are also not allowed in Seychelles’ waters.

As of March 16, public schools on the main island of Mahe - where the first cases of COVID-19 were recorded - closed. The measure was first imposed for 14 days. The island nation’s four private schools, including one on the second-most populated island of Praslin, also closed.

The Ministry of Education through the schools made available different resource materials so that students could continue to study at home. These are also available online.

Ban on all European visitors

Ramping up its response to COVID-19, Seychelles imposed a ban on visitors from Europe, and on Mayotte and Reunion -- two French overseas departments in the Indian Ocean on March 18.

The decision was a blow for the tourism sector as Europeans mainly from Germany, Italy, France and Switzerland are the top markets for Seychelles.

Ban on overseas travels for all Seychellois

On March 23, the head of state-imposed a one-month travel ban on all Seychellois except for medical emergencies. The new measures came at a time when Seychelles had recorded seven cases of COVID-19.

Earlier that month the government had imposed a measure banning all of its employees from travelling abroad for official missions.

Closure of all educational institutions, daycare centres and childminders

Effective March 23, all educational institutions on the islands closed until further notice. These included the 25 primary and 11 secondary state schools on all three main islands.

Four private schools, all post-secondary institutions and other establishments of higher learning such as the Guy Morel Institute and the University of Seychelles also closed. All daycare centres and childminders had to also abide by the new measure.

Ban on public and religious gatherings including funeral services

A measure that has impacted the whole nation as all public gatherings including sporting events were called off. In a country where the main religion is Christianity a complete ban on all religious gatherings also took effect in March.

The Catholic Church went further by banning all church funeral services. The Anglican is still maintaining funerals but with a shorter 30 minutes service. The two mosques, as well as the Hindu temple, have also seized all worships.

Obligatory quarantine for all returning residents

All returning citizens have no choice but to go into quarantine, one of the stricter measures imposed by the Public Health Authority to contain COVID-19 and prevent community transmissions.

There are currently three main quarantine facilities on the main island of Mahe at Perseverance, Beau Vallon and Roche Caiman. Another facility is expected to become operational soon at the defence forces academy. On the second-most populated island of Praslin, Seychelles’ Pension Fund holiday apartments have been earmarked for quarantine.