Seychelles disappointed at EU blacklisting, trying to get removed by April 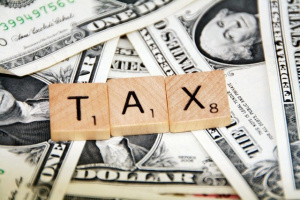 (Seychelles News Agency) - Seychelles is disappointed that the European Union has added the country to the EU's list of non-cooperative jurisdictions for tax purposes, said a government official on Wednesday.

In a press release on Tuesday, the European Council said that Seychelles has been blacklisted because it has a "harmful preferential tax regime and the jurisdictions along with three others, did not implement the tax reforms to which they had committed by the agreed deadline of December 2019."

The EU's decision was the main focus of a discussion at the economic forum at State House on Wednesday, where the Secretary of State for Finance, Patrick Payet, expressed his disappointment.

Payet said that in January last year, Seychelles' preferential tax regimes were deemed not harmful by the Organisation for Economic Cooperation and Development (OECD), after the country made several legislative amendments to these regimes in 2018.

The EU revised its criteria in September and December last year and added new recommendations that Seychelles had to comply with by the December 31 deadline.

The Secretary of State said that the government of Seychelles, an archipelago in the western Indian Ocean, had agreed to amend the tax regime to conform with the EU's request.

"We had asked them to give us a guideline since February last year on how we should go about it. We received the guidelines in September last year," said Payet.

He added that the government had asked for an extension until the end of March 2020 "to allow us enough time to carry out the reforms. Unfortunately, they did not and went ahead with blacklisting the country."

Seychelles has a procedure to follow for legislative reform which includes discussions with stakeholders in the industry to get their views before implementing any reforms.

Payet said the island nation will carry out the necessary recommendations and present its new amendments to the EU at the end of March. Once this exercise is completed, the country will hold discussion with the EU to demand that Seychelles is removed from the blacklist.

The EU's decision comes two months after France blacklisted the island nation because it did not provide adequate information about some French offshore entities operating in its jurisdiction.

Seychelles was added to the list alongside three new jurisdictions - Panama, the Cayman Islands and Palau, - adding to the eight already on the list, making a total of 12 non-cooperative tax jurisdictions.

In 2016, Seychelles, a group of 115 islands in the western Indian Ocean, committed itself to the Base Erosion and Profit Shifting (BEPS) -- an international obligation -- at the request of OECD.

The island nation had to conform to international standards on tax matters in relation to the implementation of measures against tax avoidance strategies that exploit gaps and mismatches in tax rules to artificially shift profits to low or no-tax locations.

Last year Seychelles was on the European Union's grey list of 47 countries committed to improving their transparency standards.

It was expected that with the recommendation made by the OECD in January 2019, the country would be removed from the EU's grey list along with the changes to the base erosions and profit shifting (BEPS) which the National Assembly approved in 2018.