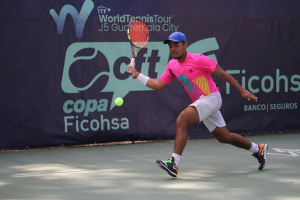 In order to find himself on the grounds of Wimbledon or the French Open, the 17-year-old told SNA that he will be playing a lot of tournaments in the beginning of the year to gain as many qualifying points as possible.

Laporte, who was on a short holiday in Seychelles in December, is a member of the Academia Sánchez-Casal, an internationally known high-performance training centre in Barcelona, Spain.

The Seychellois tennis player said 2019 was a successful year.

"My biggest achievement this year was winning my first ITF (International Tennis Federation) singles title. I was very happy as I finally made my breakthrough in the singles discipline since I had won three ITF doubles titles previously," he said.