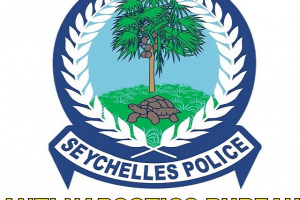 (Seychelles News Agency) - A Brazilian man was sentenced by the Seychelles Supreme Court on Monday to six years in prison for importing cocaine.

The Brazilian snacks seller, Venicius Da Silva Reis, was arrested in possession of approximately 2 kg of cocaine by officers of the Anti-Narcotics Bureau (ANB) at the Seychelles International Airport on July 17.

According to a communique from the ANB earlier this year, the 22-year-old man was arrested upon his arrival onboard an Ethiopian Airline flight from Addis Abba. HIs travel originated in Brazil.

Da Silva Reis will serve his sentence in Seychelles, an archipelago in the western Indian Ocean. The time he has spent on remand shall be counted towards his imprisonment.

An ANB spokesperson told SNA on Tuesday, that the Bureau has seized in total 3.11 kg of cocaine in several cases at the Seychelles International Airport this year.

In June, two Seychellois citizens were arrested by the Brazilian Federal Police at the Guarulhos Airport in Sao Paulo, Brazil, in possession of 3.36 kg of cocaine, while they were trying to board an Ethiopian Airlines flight to Addis Ababa.

Last month, the Anti-Narcotics Bureau had expressed concerns over the importation and trafficking of controlled drugs, cocaine and heroin in the Indian Ocean region.

Both drugs are Class A controlled drugs under Seychelles' Misuse of Drugs Act 2016 and considered to be among the strongest and most dangerous drugs.