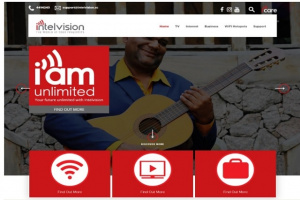 Intelvision is a television and internet service provider in Seychelles and currently the only provider to have unlimited internet packages. (Intelvision)

(Seychelles News Agency) - Smartphone users in certain areas in Seychelles are expected to get faster internet next year when a local telecommunication company -- Intelvision -- rolls out its 5G mobile network.

Intelvision will roll out the 4.5G and then the 5G network in June 2020 facilitated through Chinese telecommunications giant Huawei on the inner islands group after the signing of an agreement.

“We will have 95 percent coverage of Seychelles -- Mahe, Praslin, La Digue and all the inner islands on 4.5G. What is available in Seychelles today, 4G, is only about 50 percent coverage, so we are aiming at much higher coverage,” the founder of Intelvision, Mukesh Valabjhi, said last week.

The company will launch the 5G in the capital Victoria, north of the main island of Mahe and at the Seychelles International Airport at Pointe Laure.

“We will then slowly expand throughout the country over the next 12-18 months after that,” Valabhji said.

5G networks are the next generation of mobile internet connectivity, offering faster speed and more reliable connections on smartphones and other devices than ever before.

Valabji said the added advantage of using the Huawei group is the after-service.

“Huawei has over 200 technicians based in Mauritius and many more in South Africa and if there is a problem, someone can be here within 24 hours. And that’s the agreement we have with them. They are on call and it is a turnkey project so they will do everything from start to finish until they hand over the whole system to us,” he said.

In terms of pricing for 4.5G and 5G network services, the owner of Intelvision said it will be more competitive than what is available on the market.

Valabhji said that currently, voice networks in Seychelles are 2G networks on account that 50 percent of the population do not own a smartphone.

“However, 2G technology is considered old and obsolete in some countries as next-generation wireless network technologies have emerged and afforded considerable improvements for users, although the company will also cater to the 2G market,” he said.

The mobile network is expected to cost $25 million and the company will invest a further $25 million in its own submarine cable.

Speaking to SNA, an internet mobile user, Audrick Bamboche, 25, said that the 5G is something good for Seychelles.

“This will offer users more choice in the market. With 5G network, it will save up time and reduce frustration when we are using the internet. I will be among the first people to subscribe,” said Bamboche.

Intelvision has other long term plans which include converting phones to smartphones.

“I think it will revolutionise the way people use their mobile. We’ve got lots of things that we will launch eventually that you can use your mobile for. The idea is in the next three or four years, everything you do will be on your mobile,” he added.

Other internet service providers in Seychelles, a group of 115 islands in the western Indian Ocean, are Cable & Wireless, Airtel and Kokonet.