Many who answered online survey believe corruption is an issue in Seychelles, group says 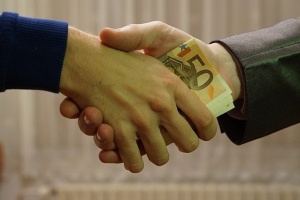 Increase in salaries was the only option which scored the least, with all other options which included severe punishment, public awareness, improved legislation and transparency in decision making proved to be popular amongst respondents. (Kiwiev, Wikipedia Commons) Photo License: CC0

(Seychelles News Agency) - Corruption is perceived to be an issue in Seychelles by a majority of people who took an online survey, according to Transparency Initiative Seychelles.

The survey -- People’s Perception of Corruption in Seychelles – launched on Facebook in May this year, revealed that people have the tendency to think that land and housing, executive, finance and police are sectors where corruption is most likely to happen.

In a recent interview with SNA, the project coordinator of the Transparency Initiative Seychelles, Marie-France Watson, said: “Seychelles was rocked by several land corruption allegations. While the outcomes of these remain quiet, and ‘on-hold’, the severity of the allegations, made against individuals who held the highest powers in the sector potentially indicate why land and housing sits on top of the list.”

The survey pointed out that the disappearance of $50 million, the Small Business Finance Loans’ scandal, corruption within the Financial Investigation Unit (FIU) were the issues of major debates. These have enlightened the extent that corruption has infiltrated the government and procurement systems and why the executive and finance sectors are also ranked high on the list.

Around 172 people filled in the survey, which started in June and among them, 166 (96 percent) think that corruption is an issue.

The survey had nine questions and is part of the European Union project ‘Towards Improving Good Governance, Transparency, and Accountability in Seychelles."

The data collected will help the initiative to produce advocacy materials on what the country needs to improve transparency and accountability. The survey was designed and launched using Monkey Survey software which enabled the identification of participation to remain confidential.

Watson said that the survey was opened for different age groups as it will be good to know what different people of different ages think about corruption.

“Out of 172 participants, 100 were women. Majority were aged between 32-41 and the age group with the least amount of participants was the 18-21 group,” said Watson.

The final question in the survey required the respondent to indicate which option(s) was best suited to curb corruption in Seychelles.

Increase in salaries was the only option which scored the least, with all other options which included severe punishment, public awareness, improved legislation and transparency in decision making proved to be popular amongst respondents.

Transparency in decision making at all levels’ topped the rest however with most respondents selecting it as the most effective action in preventing corruption.

“This indicates demand from the respondents, who wish to see more transparency in functions and decisions taken by the government,” said Watson.

Transparency Initiative Seychelles is a not for profit organisation launched in April 2017 to help fight against corruption and bribery. It is part of the global entity Transparency International.

This year, Seychelles improved eight places on the global Corruption Perceptions Index for 2018, ranking 28th out of 180 countries -- the best performance for the island nation since the index started in 1995.

The chairperson of Transparency Initiative Seychelles, Chrystold Chetty, had attributed the ranking to the progress made by Seychelles, an archipelago in the western Indian Ocean.

“For example, the government has put in place different mechanisms such as the Access to Information Act, the Anti-Corruption Act that has permitted a lot of work to be done, although little result has been produced,” Chetty had told SNA.

Earlier this year, Seychelles’ Supreme Court sentenced the former Complaints and Communications Manager of the Anti-Corruption Commission, Abison De Giorgio, to eight years imprisonment and a fine of $5,000.